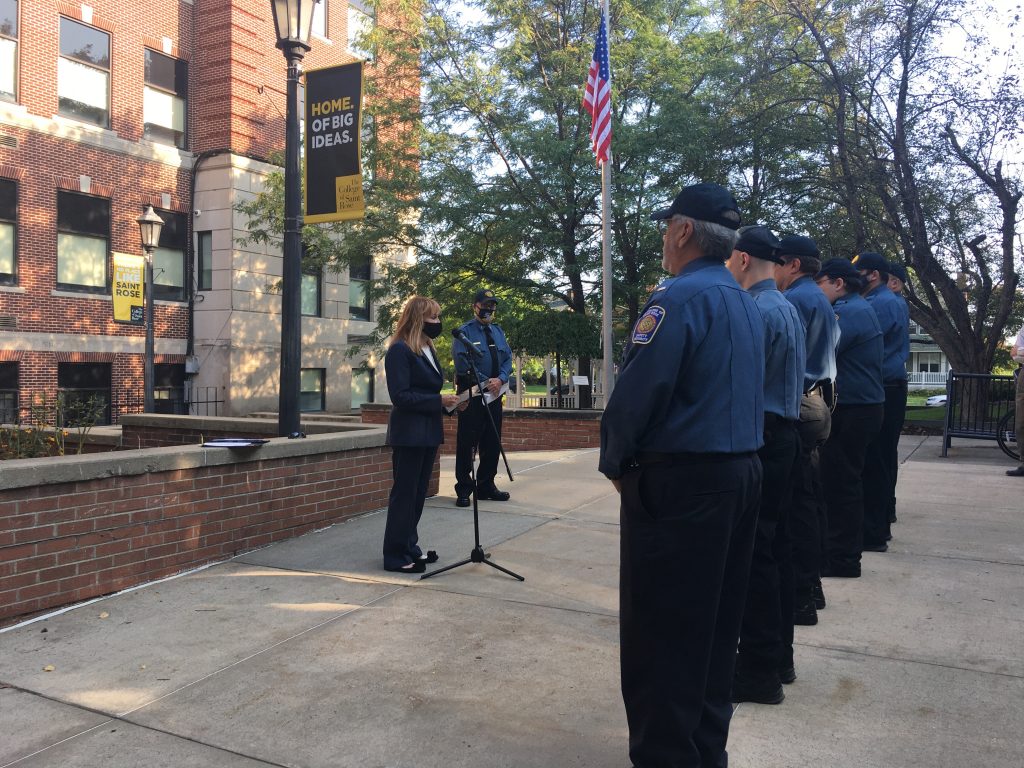 Security personnel at Saint Rose are selected for the academy based on their service record with the College and their demonstrated leadership.

The New York State Division of Criminal Justice and the Municipal Police Training Council set the standards for the Campus Public Safety Officer course, which includes more than 300 hours of training. A consortium of area colleges, Albany Medical Center, and local police departments provided the instructors. Officers received the most up-to-date instruction in topics such as diversity and inclusiveness, emergency response to critical incidents, and de-escalation training. They have powers of arrest under the aegis of the Albany Police Department and will work with the area police departments to improve public safety on our campus and the neighborhood.

The following campus public security officers were sworn in at the ceremony, which was held at Riley Plaza outside of the Events and Athletics Center: 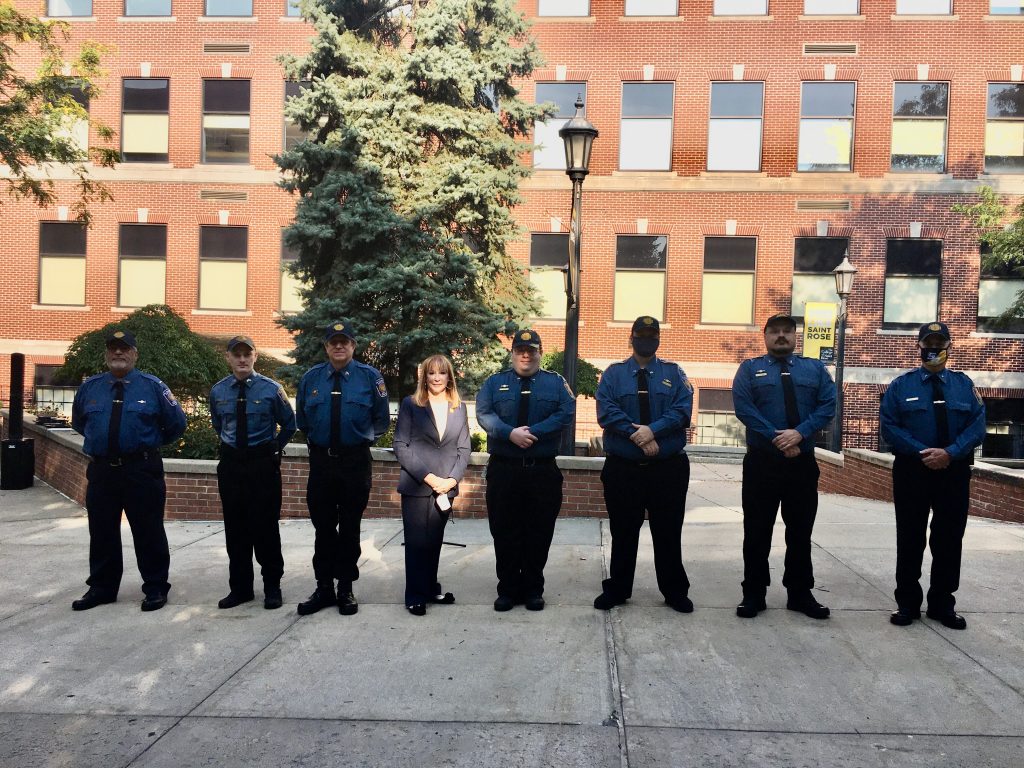