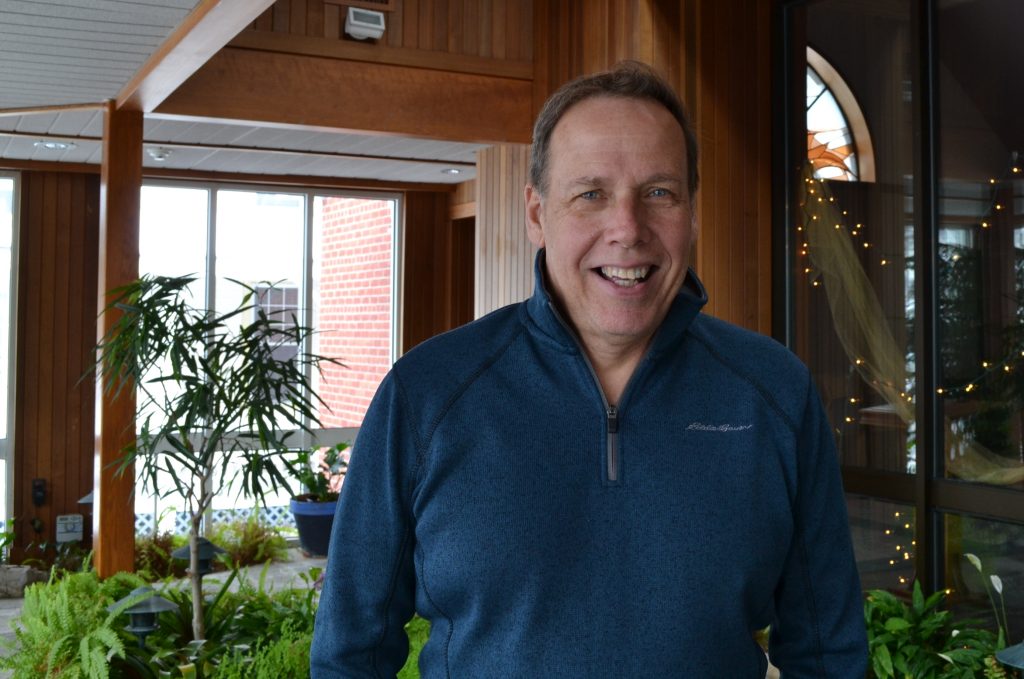 As the College’s first director of community service, Ken Scott inspired students to explore, then deepen, their community learning, care for the underserved, and become active citizens focused on our great injustices.

Volunteer, get involved, take a stand, he encouraged. Scott created the Urban Launch, inviting first-year students to see to the needs of others before even setting foot in a classroom. “These brave and big-hearted students,” he says proudly, “have often gone on to become community service leaders. “

With his guidance, students volunteered at St Anne’s Institute, the Damien Center, Head Start, and Immigrant Support Service of Emmaus. Students were exposed to the effects of war, poverty, racism, hunger, gun violence, and the climate crisis. The Saint Rose community cooked, cleaned, hammered, hugged, fundraised, rallied, and marched to take a stand.

Somehow, though he opened eyes to tough realities he did it without bitterness or negativity. Perhaps it is his faith or his faith in the College, but his role was in showing his students not just the problems, but how they might ease them.

“These students really lived the Saint Rose mission and education,” said Scott, a Methodist minister, who retired from Saint Rose in 2020. “These community-based, thinkers and volunteers earned the respect of many of their peers for their courageous caring.”

He considers service trips to be the most transformative of these experiences. The trips took students out of their lives, for days and even weeks, to assist those on the bottom rungs of society, who remain mostly invisible to the privileged sector. For many years, he assisted with the annual service trip to support the homeless in Washington D.C. He then organized yearly Habitat for Humanity alternative spring breaks to south Florida before shifting to an even richer student experience with the hungry and homeless of San Francisco.

For 15 years, since the year after Hurricane Katrina, Scott put together teams to work in the lower ninth ward of New Orleans, a low-income, minority community ravaged by the hurricane. The Saint Rose contingent not only helped repair homes but got to know the people who had lost them.

Born and raised in Schenectady, Scott earned his undergraduate degree in history and anthropology at the State University of New York at Oswego. He pursued his pastoral training at Wesley Theological Seminary in Washington, D.C.

He came to Saint Rose in 1990, serving as director of educational media before the Office of Spiritual Life created the community service position in 2000. He jumped, embarking on the longest and best part of his student-life story. He took pride in showing students that their Saint Rose lives could be more important by being in the community, rather than isolated from it.

Since retiring, Scott has stayed focused on the climate crisis. Earlier this year he organized a march to the State Capitol with NY RENEWS, the state’s largest environmental coalition. And, he remains in touch with the College. He will be back in September, volunteering with Reach Out Saint Rose.