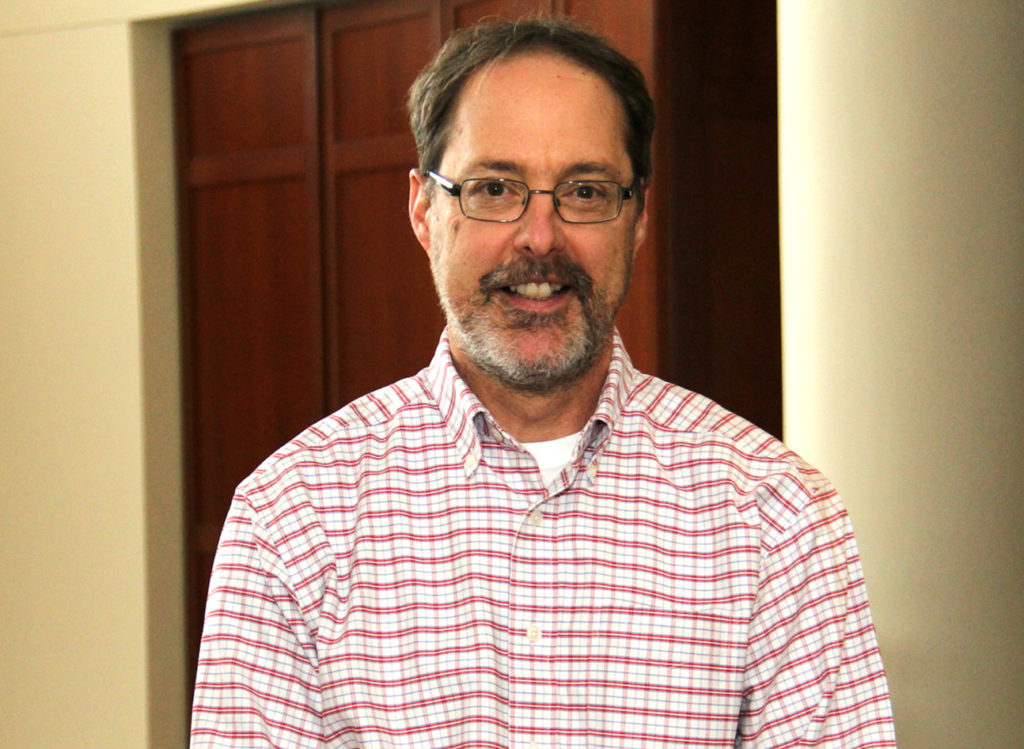 Years before discussions about transgender rights were common, Communication Sciences and Disorders Professor Jack Pickering understood the need for people to speak in the voice of the gender that reflected who they were.

“They don’t suffer from a disorder. They are smart, thoughtful, creative people often under significant stress,” Pickering has said of the approximately 200 individuals he, his students, and colleagues have assisted since he started the transgender voice modification program in 2008.

A local mental health counselor had contacted Pickering to see if he might assist a few clients who had gone through the lengthy, difficult process of transitioning but were held back by a voice that did not match their gender. Pickering, who came to Saint Rose in 1993, had worked extensively with voice disorders but never assisted transgender or gender nonbinary individuals. He instantly grasped that doing so was consistent with the art and science of his field – and the mission of the College.

Soon, Pickering, Sister Charleen Bloom, and other colleagues with the CSD program decided to form a transgender voice modification group. They advertised an open house and wondered if anyone would show. Seventeen people did. Today, there is usually a waitlist for the weekly groups in the Pauline K. Winkler Speech-Language-Hearing Clinic, which combine mindfulness exercises and supportive discussions with the painstaking work of developing the right voice.

Often, the difference between the “before” and “after” voice is subtle. But when combined with posture, tone, and the affirmation of others, the individual is able to move forward with confidence.

“You’re taking a flute and making it play like a piccolo,” explained Pickering, a practicing speech-language pathologist who writes extensively and presents worldwide on transgender voice modification. “You’re trying to help make the instrument play differently.”

Pickering has had clients travel several hours to get to the group. He has worked with some who lost their homes and jobs after coming out – and also seen the distress many experience when they choose not to. And, he has marveled that so many continue their lives as professors, principals, public servants, and caregivers while making such a visible transformation.

Over time, Pickering has shifted his assumptions about the existence of just two genders, and he has come to see the work in a cultural framework. A member of the World Professional Association for Transgender Health, he advocates for healthcare for people with nonconforming gender identities.

Just as important, Pickering believes CSD students are paving the way. At a talk he gave at Columbia University, the audience broke into applause when he said that 160 Saint Rose students had helped transgender people modify their voices. Many, he notes, have gone on to start their own programs.

“This is the most important clinical work I’ve done,” said Pickering, who also serves as co-chair of the CSD department. “It’s fascinating, and it satisfies the mechanic in me, the artist in me, and the human in me.”