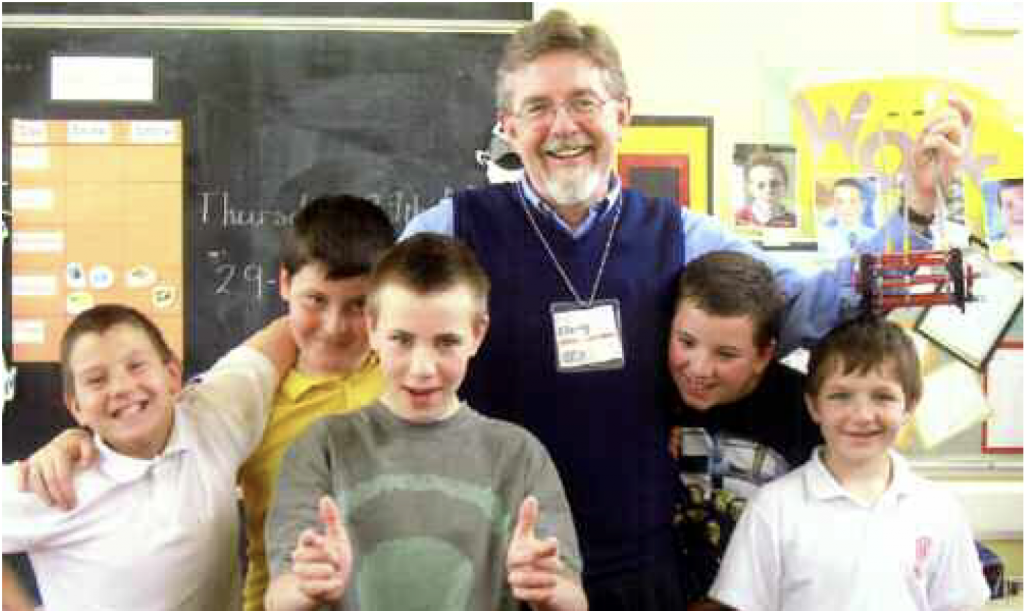 At age 9, Danielle Dincauze, who has autism, could not talk or stick with a task for very long. At school, her tantrums became so severe her school expelled her. The same day, however, Saint Rose Professor Mark Ylvisaker videotaped Danielle in his office enjoying games and art projects.

“She had needs and she couldn’t tell us what they were. We couldn’t always understand what she was trying to say,” said Dr. Joanne Powers, a retired Saint Rose math professor and Danielle’s grandmother. “But Mark knew. He understood where she was.”

A Saint Rose communication sciences and disorders professor from 1990 until his death in 2009, Dr. Ylvisaker demonstrated over and over that individuals who struggle to speak or express themselves can still be understood. With a focus on what the individual felt, wanted, and needed, Ylvisaker developed strategies for establishing new patterns of communication. For Dincauze, it meant using hand signals or pointing to a picture. For individuals with brain injuries, it meant practicing their children’s names or learning to order food at a restaurant rather than random words.

As word spread about the success of Ylvisaker’s strategies, an elementary school in upstate New York, a clinic in Kansas, a program in Latin America, and Scotland’s national human services system all adopted his processes. The medical establishment that shunned his work as simplistic came to embrace his pragmatic philosophy.

“Search ‘Mark Ylvisaker’ on the internet, and you will discover his immense bibliography intertwined with memorial papers and symposia celebrating his amazing life,” said Dr. Jack Pickering, a speech pathologist, Saint Rose professor, and CSD department co-chair. “He remains a constant presence in the lives of practicing speech-language pathologists and related professionals around the world.”

Born and raised in Minnesota, Ylvisaker studied humanities at Concordia College and Heidelberg University in Germany. After becoming fascinated by his young daughter’s language acquisition, he shifted course and entered a doctorate CSD program at the University of Pittsburgh. He came to appreciate the specific hardships of those emerging from accidents or illness who could not always speak clearly.

“These were people losing their jobs, their homes, and being kicked out of school,” said Kathryn Ylvisaker, his wife. “Something new had to be done.”

Today, his volumes of writings devoted to helping those with speech problems re-enter their communities are taught at universities worldwide. The University of Wisconsin Eau Claire holds an annual workshop celebrating his work. Ylvisaker won the most significant awards in his field, including the American Speech-Language-Hearing Association’s Frank R. Kleffner Clinical Career Award.

At Saint Rose, the Dr. Mark Ylvisaker Memorial Award is presented to a student who demonstrates scholarship and service to individuals with traumatic brain injury. His influence endures in CSD classes, as well as at the Pauline K. Winkler Clinic, where people with brain injuries gain conversational skills and Ylvisaker’s former colleagues apply his approach to their own sub-specialties.

But Ylvisaker’s attention never strayed far from those most in need of his clinical practices and strategies.

“I once went into Mark’s office to congratulate him on an award (one of many) he had just received, and he refused to talk about it,” recalls Dr. David DeBonis ’79, an audiologist, Saint Rose professor, and CSD department co-chair. “Instead, he wanted to tell me about the progress that a young student was making in school based on a program that Mark had put in place.”