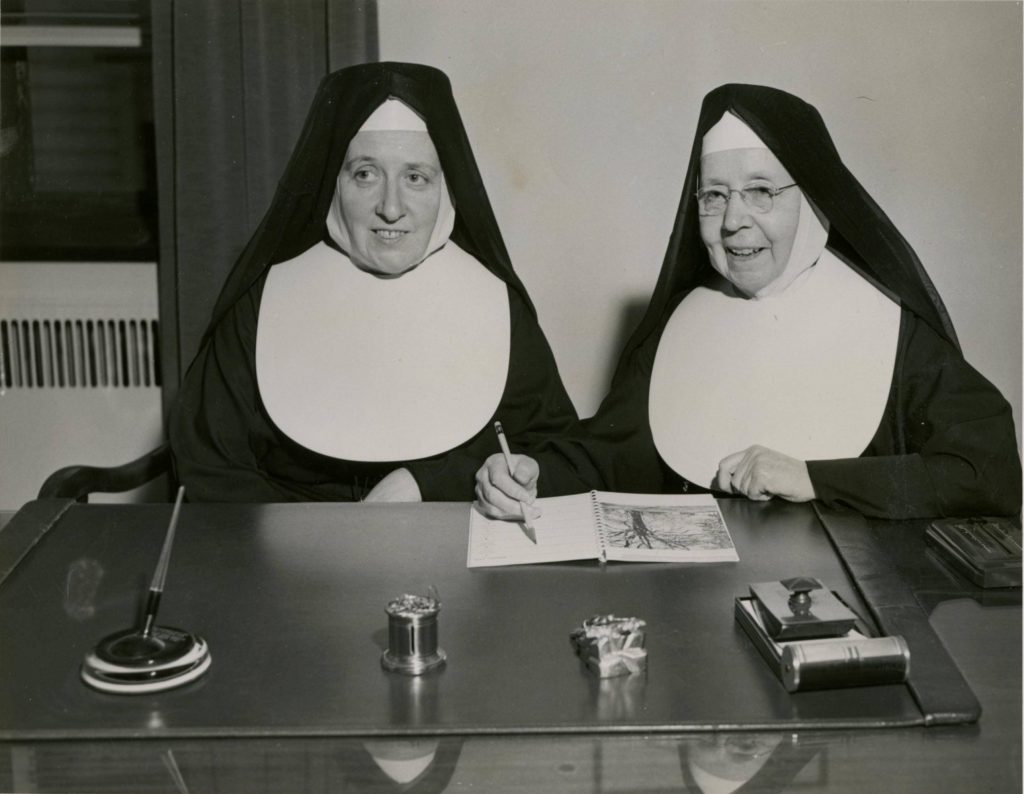 Sister Catherine Francis Soulier, at left, with Mother Rose of Lima during the presidential transition at Saint Rose.

Before being appointed president of The College of Saint Rose in 1953, Sister Catherine Francis Soulier served as a treasurer for 10 years. She was the third acting president of Saint Rose, taking over from Mother Rose of Lima Dolan (1949-1953) who stepped down due to poor eye health.

The College was transformed under Soulier’s 13-year leadership. According to an archives page dedicated to the College’s presidents, while she was president, “the campus grew from 6 to 20 acres, enrollment rose from 800 to 1,400 students, the net value of the college increased from 2 to 5 million dollars, and the budget tripled. Two new buildings were also added.”

After Sister Margaret Keeshan was inaugurated in 1966, Soulier retired from Saint Rose after serving for 26 years. In her retirement, she became the assistant superior at the Provincial House in Latham, New York. Soulier died there on January 15, 1986.

Soulier Hall was named after her, and the Sister Catherine Francis Soulier Junior Appreciation Award was established in her name. The award was established by the Alumni Association in 1975 and recognizes a junior class member in good academic standing for service to the College community.