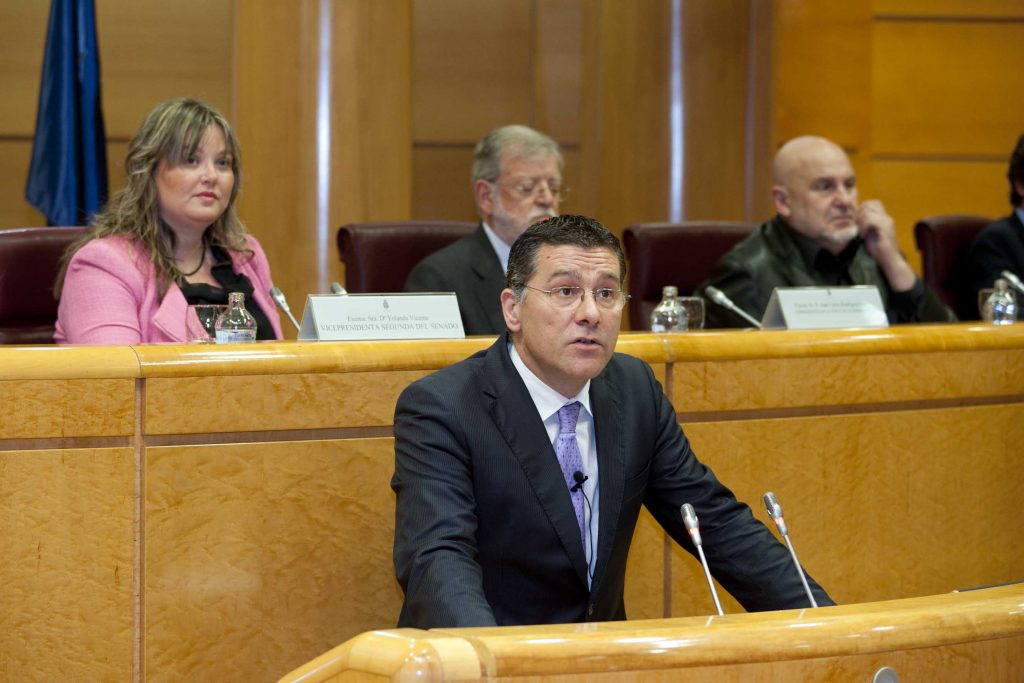 An accomplished, influential communicator who never stops finding new outlets for his storytelling talents, Jesús Valbuena Garcia ’93 is also a humble soul who hasn’t forgotten his early days as a recently arrived international student majoring in public communication, far from home, who found his new home at Saint Rose. He credits Saint Rose for helping him become a high performer in academics and sports, and a caring individual who accepts responsibility for his actions and appreciates the opportunities that come his way.

Today, he is a senior manager of communications, marketing, and social action in Ferrovial, Madrid, Spain. He has 20 years of experience in the corporate communications and journalism fields in Spain, the United States, China, and the Philippines, where he was named Adopted Son of the Municipality of Baler. As the great-grandson of the first Spanish soldier wounded at the historical Siege of Baler (Philippines) in 1898, Valbuena has created a documentary to chronicle the nearly-year-long siege and is due to publish his first book in 2021.

He was inducted to the Saint Rose Athletics Hall of Fame in 2009 as “unmistakably, the most potent soccer striker to ever play for Saint Rose and the College’s all-time leader in scoring and assists.” Since 2015, he has been a member of Saint Rose’s International Advisory Board.

He shared the following thoughts on the College and its centennial:

Saint Rose celebrates a century of success as an opportunity to re-shape itself and to strengthen its foundations as an exceptional, global, and sustainable learning environment.

The 100th anniversary is a momentary celebration, but the legacy of Saint Rose is already a timeless one.

For yet another century, Saint Rose will remain true to its mission of not only preparing students for their careers but also preparing them for life.

Integrity, respect, critical thinking, accountability, and appreciation for the free exchange of ideas are values, which Saint Rose has been fostering for a century now, and will undoubtedly continue to nurture for centuries to come.