Cyonn Alexander ’18 is a domestic-violence intake specialist for the City of Albany, New York, police department.

Torez Ramsey ’18 is a laboratory technician for Monogram Biosciences in the San Francisco Bay area. 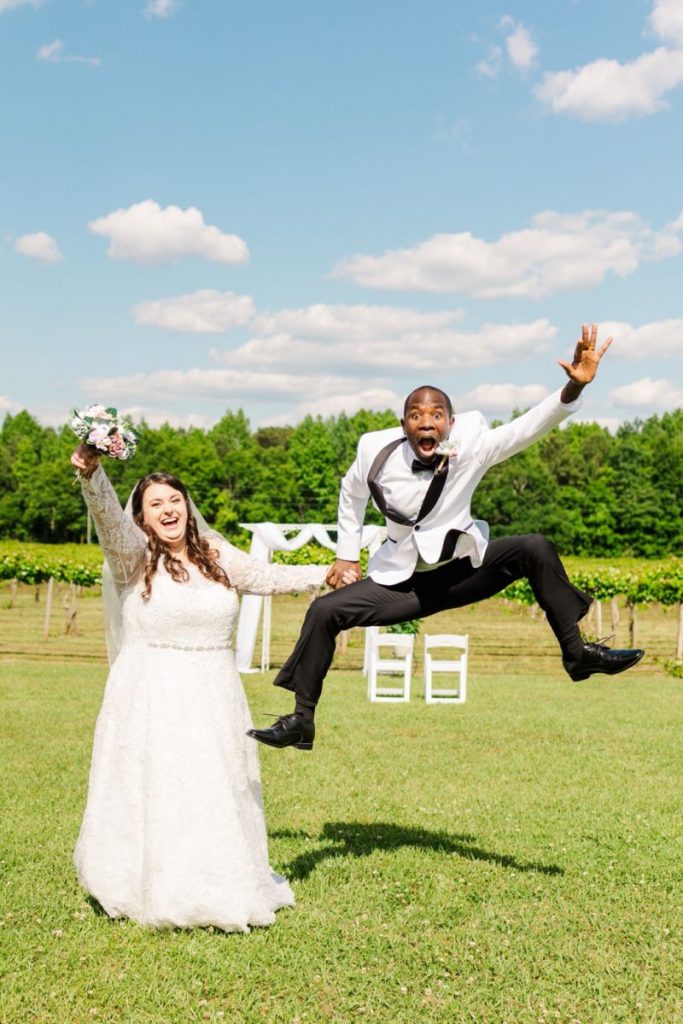 Edson Chipalo ’17 and Meredith Beamer were married on May 15.

Edson Chipalo ’17, a Ph.D. candidate at the University of Alabama, served as the Saint Rose commencement speaker for the undergraduate Class of 2021 on Saturday, May 8. A week later, he got married in Alabama. Congratulations to Chipalo and his wife Meredith Beamer!

Sam Crocker ’16 has been promoted to director, mid-market and SMB sales, at Impact in London, England.

Paige DeSorbo ’15 was featured in screenrant.com for her role in “Summer House,” a reality-TV show.

Meisha Ross-Porter G’15, chancellor of the New York City School district, was interviewed on “Good Morning America 3” on May 5, 2021, about how New York City’s schools are supporting teachers and students as they have dealt with difficult conditions and continue to transition through the pandemic. She fielded a tough question from host T.J. Holmes about snow days with aplomb and humor.

Ken Stay ’11, G’12 has joined Standard Communities, the affordable-housing division of Standard Companies, which is headquartered in Washington, D.C., as an East Coast construction manager.

Renata Relyea ’02, an instructional coach for math and science for North Colonie Central Schools, was featured in an interview with Spotlight News. She spoke about the challenges of teaching during the pandemic, her difficult journey from her native Czechoslovakia to Italy and eventually the U.S. at the age of four, and thoughts about her beloved grandmother.

Mary Yuhasz ’02 and Michael Yuhasz ’01 spoke about their taekwondo studio, Adirondack Taekwondo and Fitness Center in Clifton Park, New York,and shared their stories, thoughts, and strategy from running their business during the COVID-19 shutdown.

Two Saint Rose alums announced their candidacy for the Shenendehowa Board of Education:
Alfred Ives ’99, G’00, G’01, who is employed at the New York State Office of the State Comptroller, and Tom Templeton G’11, the owner and a psychotherapist at Templeton Mental Health Counseling, PLLC.

Kevin Graber ’92 has become coach of the Bourne Braves, of the Cape Cod Baseball League, a famed amateur league.