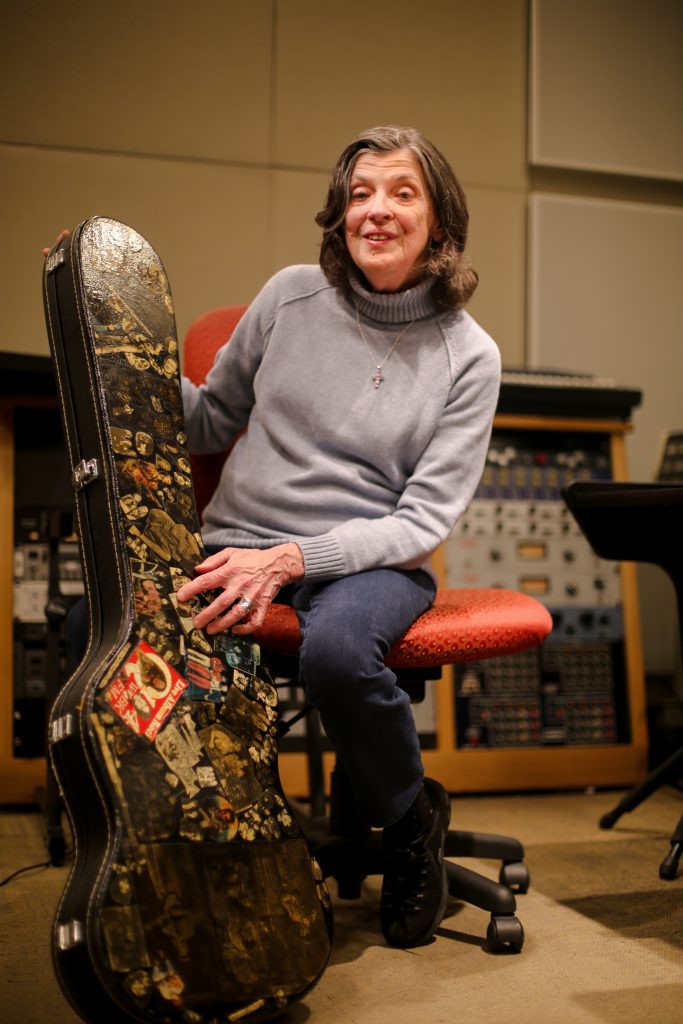 When Sister Mary Anne Nelson, CSJ ’72, G’76 first entered the order of the Sisters of St. Joseph in 1964, a little-known band called The Beatles was starting to break out into the music scene. The world of music, and the world as Nelson knew it, was about to change forever.

As The British Invasion revolutionized the music industry, Nelson and her fellow sisters experienced a revolution of their own inside the convent. The Catholic church was beginning to relax rules and reshape traditions that kept sisters closed from the outside world.

“For two years of our training at the Provincial House, it seemed every week one of the rules changed or dropped,” Nelson said. “For example, we moved from habits to ordinary clothes. It was a time of change in the world.”

And as the world changed, Nelson changed with it, keeping the values of the Sisters of St. Joseph at the forefront of everything she did, such as “addressing the needs of times” and “orientation toward excellence.”

Nelson has led the College’s music industry program for 49 years and retired at the end of the Spring 2021 semester. She is responsible for steering the program in a direction that would eventually put Saint Rose on the map as one of the top music industry programs as recognized by Billboard Magazine.

She is the last teaching sister at Saint Rose, marking an end of an era.

“She is an enigma,” said Dr. Sean McClowry, associate professor of music industry at Saint Rose and dear friend of Nelson’s. “She is someone that, I guess, not only has the knowledge in this area that you wouldn’t expect a Sister to know, but she is good at protecting that.”

Music has always been a part of Nelson’s life. At an early age, she took piano lessons. But it wasn’t until she entered the convent and was at the St. Joseph Provincial House that she fostered a true appreciation for music.

“They had a wonderful music program, and a wonderful Sister directed the music courses,” she said. “That lit the fire of my creativity back then.” 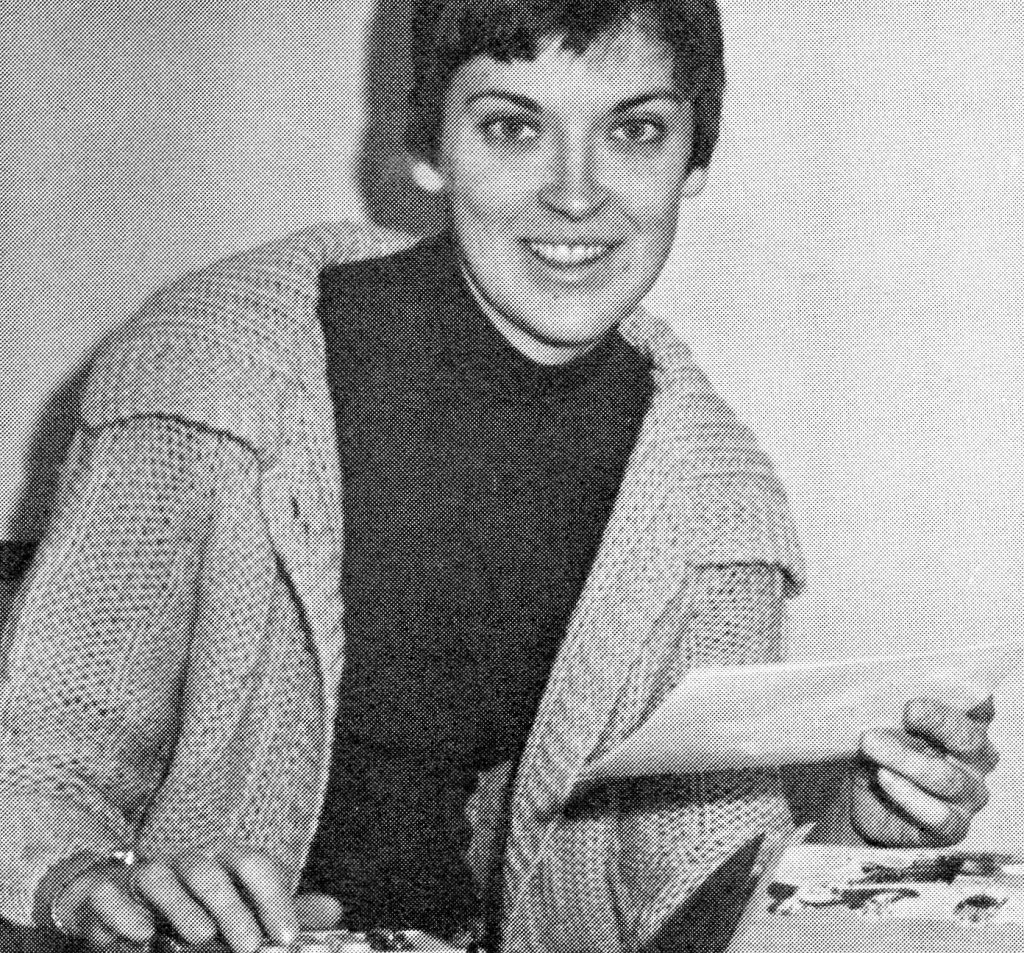 After completing her undergraduate and graduate degrees in ’72 and ’76 at Saint Rose, she took an adjunct position teaching electronic music. This eventually led to a full-time position overseeing the music industry program, which became an official program in 1981. But it wasn’t until the 2000s that the program took off and started to gain national recognition.

As the music industry field evolved, Nelson’s understanding of the field grew with it. Over the years, she has taught publishing, record engineering, and music artist management, and was determined to deliver the most up-to-date coursework to students to prepare them for the professional world. If that meant learning new skills, such as the transition from analog to modern-day recording equipment, she did it.

“I am a practical person. I could see where the music industry was going, how it would change, what the needs were, and how students needed to be positioned,” Nelson said.

“I think it goes back to our focus as Sisters of St. Joseph. We see a need and fill it.”

Nelson credits her vision for the music industry program to her involvement in the Music and Entertainment Industry Educator Association (MEIEA).

Through MEIEA, she collaborated with other music industry professors and professionals, such as the vice president of Mercury Records. MEIEA is how Nelson got the idea to introduce courses in entertainment law, intellectual property, and songwriting as well as required internships.

“We have placed students at amazing internships, and many of them got job offers because of that,” said Nelson.

In 2015, WAMC Northeast Public Radio featured Nelson in a story, covering her impact on the program, students, and Saint Rose. The story mentions the possibility of retirement for Nelson, and now that the time has come, Nelson leaves behind a legacy. Though, she will take with her a bass guitar decked out in vintage band stickers — a gift from a former faculty member.

Nelson noted that the music industry program wouldn’t be where it is today without her fellow faculty: McClowry, Dr. Emily Pinkerton, and Dr. Andrew McKenna Lee.

“We have three marvelous teachers. I think they are perfectly capable of keeping the program going when I’m gone,” Nelson said.

McClowry, who has been at the College for 10 years, will miss everything that Nelson brings to the table: her steadfastness, her mentorship, her calming presence, and her collaborative attitude.

He said Nelson shook the music industry faculty of their traditional, academic mindset and drilled into them the importance of teaching students practical skills they can apply to the real world.

He credits Nelson for protecting the program from critics who may not view it as prestigious or sophisticated.

“Teaching pop music as a music degree is controversial in certain places,” McClowry said. “Not only was she running a program that is supposed to help students grow in their undergraduate degrees, but she wanted to prepare them for the professional world. And students gravitate towards that.”

And students gravitate toward her. You can catch Nelson in her classroom, dropping pop-culture knowledge about Billie Eilish’s bedroom recording sessions or Taylor Swift’s ongoing battle to reclaim her music. Keeping relevant is important to Nelson, and she hopes the program evolves as the music industry field continues to go through a metamorphosis.

What does the future of the music industry look like?

“That’s an impossible question to answer,” Nelson said. “But, there will always be music.”

The College’s music industry program is preparing to undergo another transition as Saint Rose enters its second century. This time, without Nelson to take charge.

Instead, Nelson will retire to a quieter life, where she can work on her cake-decorating craft or continue to dog sit for friends. Eventually, she will get back into the community, serving where the needs are.

After all of her growth and experience at Saint Rose, though, she’s ready for the next chapter in her life.

Watch a tribute video to Nelson from the music industry faculty and alumni: