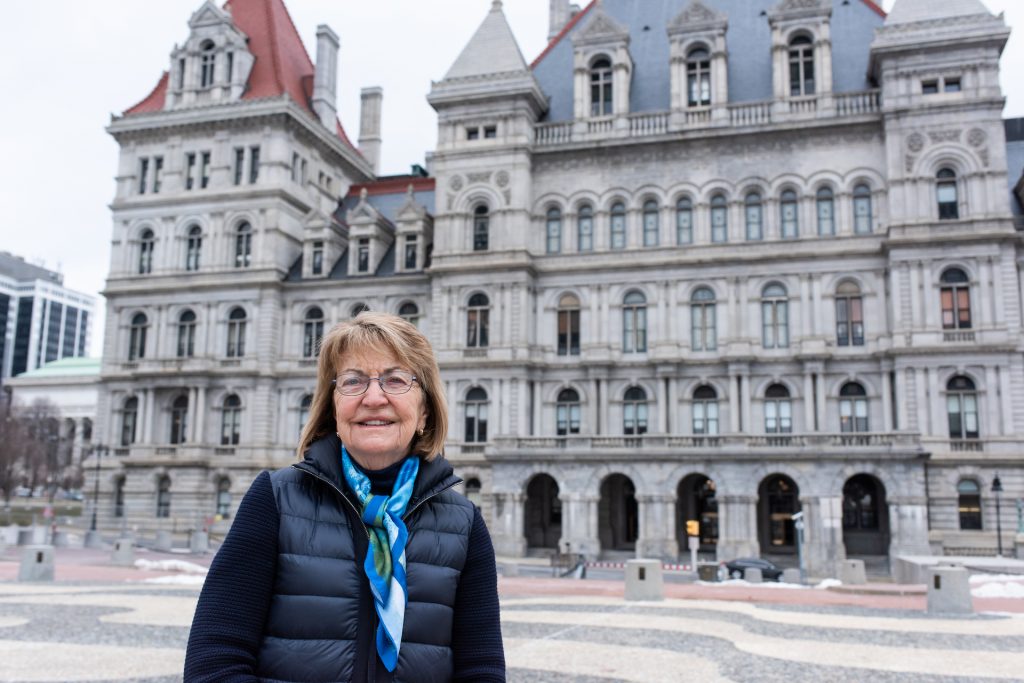 After a long and influential career in public service, including nine terms representing the 45th Senate District and seven years in the New York State Assembly, Senator Betty Little retired in 2020.

During her time in the Senate, Senator Little achieved significant legislative successes, including an initiative encouraging local governments to collaborate and share services to save tax dollars, reforming the adverse possession law to improve fairness for property owners, a law to restrict the inflow of invasive species, creating the Adirondack Community Housing Trust, passing the Timber Theft Law, encouraging investment in sustainable energy sources, and legislation and funding to combat Lyme disease and other tick-borne illnesses. In addition, she sponsored many successful New York State constitutional amendments to help residents, the economy, and the environment of the Adirondacks.

The parent of a now-retired combat veteran, Senator Little sponsored Patriot Plans I and II to expand benefits and services to military personnel and their families. She was also proud to sponsor a law designating Interstate 87 (the Adirondack Northway) as the “Adirondack Veterans’ Memorial Highway in honor of New York State veterans.

Senator Little, who began her professional career as a teacher, served as the ranking Minority member of the Senate’s Education Committee. She served on a number of other committees, including Cultural Affairs, Tourism, Parks and Recreation; Environmental Conservation; Finance; Health; Housing, Construction, and Community Development; New York City Education; and Rules.

She first entered public service as a member, and later chair, of the Town of Queensbury Recreation Commission. She was elected in 1986 to at-large supervisor to the Warren County Board of Supervisors for the Town of Queensbury, where she served on various committees, including the Warren County Recycling Advisory Committee, which she organized and chaired, and as County Budget Officer.

She has been recognized with a number of awards and distinctions, including the Public Service Sector Partnership Award (Adirondack Regional Tourism Council), the Legislative Leadership Award (Community Health Care Association of New York State), Legislator of the Year for her advocacy of families with children with emotional and behavioral disabilities (Families Together of New York State), Charles Stewart Parnell Award (American-Irish Legislators Society of New York State), and the Mary Roebling Award for support of the military (Association of the U.S. Army, Capital District region).

Saint Rose awarded Senator Little an honorary doctorate in December 2007. “The College of Saint Rose prepared me for much more than a teaching career,” said Little, who earned her B.S. in elementary education at Saint Rose. “My experience there prepared me for my life’s journey. Although my teaching career was short, the benefit of my Saint Rose education has been limitless – continuing with the tremendous honor of serving as State Senator for the 45th District.

“All that I learned in those years, the skills that were taught and – perhaps most important – the confidence instilled has made the difference for me personally and professionally. I will always be grateful to this wonderful institution and the professors and faculty whose instruction and inspiration continues to touch my life every day.”