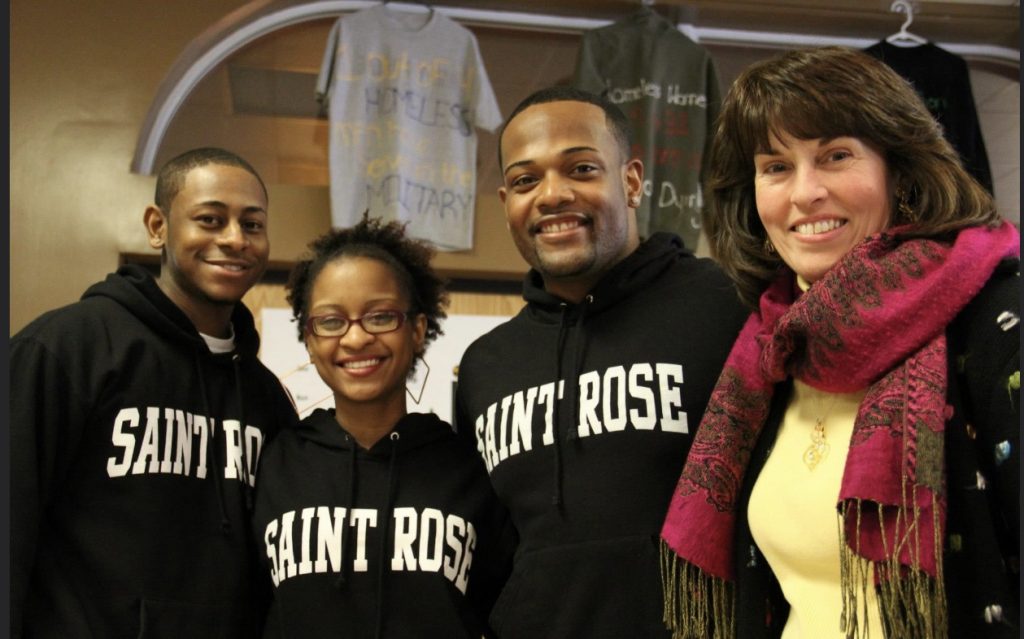 The Great Expectations Movement, Inc. (GEM) is a motivational and personal development organization designed to help individuals hold themselves accountable for their success by guiding them to identify their potential and develop a tailor-made plan to execute to make their dreams become their reality.

GEM was inspired by Jermaine Brookshire Jr., who at the time was experiencing one of his toughest times during his college career. Homeless over the summer and feeling alone, Brookshire reached out to two of his closest friends, Kajanna McKenzie ’13 and Gerald Moore Jr. ’13, G’14, asking if they thought creating an event where they’d share their stories of how they’ve overcome challenges would be useful to others and whether they would help him organize the event on campus in the fall of 2012.

The trio held biweekly meetings in Moore and Brookshire’s apartment on campus in Centennial Hall to plan for the fall event which received rave reviews; Brookshire made a promise to himself to never let his circumstances determine his success and from that point the group turned what was initially a one-off event into an organization through which they’ve given motivational workshops and accountability presentations at Albany High School, the University of Connecticut and the Connecticut Collegiate Awareness Program (ConnCAP), and the New York State Senate Democratic Conference Internship Program, to name a few.

The three of them provide for a dynamic presentation because of their differences. They each bring a fresh perspective to how to overcome life’s challenges through sharing the strategies they each have used and are using to realize their own dreams. Despite this, they each share the same founding principles which they call the “Five GEMs to Success”: 1) Dream, 2) Plan, 3) Execute, 4) Achieve, and 5) Give Back, which ties their individual teachings together into a thoughtful and seamless presentation that truly resonates.

They each have found that even though they desired to go down different careers, Moore, a graduate of the accounting program, is a practicing accountant, McKenzie, a biology graduate, has completed medical school, and Brookshire, who graduated with a degree in philosophy, is a practicing corporate attorney. At their core, which is something they share through their motivational presentations and posts on the GEM Facebook Page, they are simply three ordinary individuals who required themselves to demonstrate the discipline to persevere to do extraordinary things.

They teach that everyone has the potential to do the same, what most people need help with is figuring out the “why,” that is why haven’t they made headway to achieving their goals, what is the roadblock, and then the, “how,” which is developing a game plan to succeed that is rooted in the Five GEMs to Success.

For them, GEM is a reminder to not let your struggles define you; rather to see the joy in overcoming your struggles on your quest to becoming the best version of yourself.

GEM: the spirit of Saint Rose

GEM shows that through adversity, we can continue to strive for greatness. For anyone who went to Saint Rose to break a generational barrier, they themselves have already taken a step into the right direction toward greatness. Saint Rose is a community that supports one another and it is a community that thrives when it holds itself accountable; GEM teaches that individuals will become successful once they learn and commit to holding themselves accountable for their success.

Each student will face challenges but like the College’s mission statement, GEM encourages and motivates individuals to be their best self and to not only stop there, but to branch out and give back to the community as they achieve the success that they once dreamed of. Saint Rose played an integral part in each member of GEM’s development; the teachings and feeling of Saint Rose are tied through GEM and can mainly be seen in the fifth and final GEM to Success which is “Give Back.”

How their legacy lives on at Saint Rose

Moore, McKenzie, and Brookshire hope that their legacy as Saint Rose will be in exemplifying that good people can do really well in this world and that it is important to drown out the excuses for yourself as you work toward your goals. They each had their set of challenges and know that more are to come, but they take solace in leaning on their personal track records to remind themselves that they are capable of taking on life’s upcoming challenges because they’ve proven to themselves that they won’t quit.

The trio have also learned to become more effective in utilizing their support systems whether that be family, the ongoing support from key individuals at Saint Rose, and/or the support they give to one another to help them recharge, refocus, and, thereafter, work harder to leave a positive impact as they strive to always put their best foot forward.

The group hopes to have left a reminder for those coming behind them at Saint Rose that facing adversity is not a reason to give up; it’s merely a test for how badly you want to succeed.

On the event of the centennial

Moore, McKenzie, and Brookshire have each not been shy about sharing the impact that Saint Rose has had on their development into the individuals that they are today. They say they share a feeling of gratitude with the College. As they are sure that those in charge are grateful to see the College reach its centennial, despite its challenges, they each share the same feelings on their individual journeys as they look at where they are today despite where they have been.

Each of them says that they can name specific professors who left an indelible mark on them; a professor and/or administrator who stuck by them, encouraged them to break out of their shells, and rallied behind them even when they weren’t at their best. The trio intends to show their gratitude to Saint Rose for the impact that it has had on them by continuing to live out the College’s commitment to service.

Through Saint Rose, Moore, McKenzie, and Brookshire say that they have developed the confidence to lead and that they are proud to have come from an institution that has supported so many students over the course of its centennial and they look forward to seeing the legacy of the College continue to evolve and grow into a place that provides such fulfilling experiences for every student as it has for each of them.