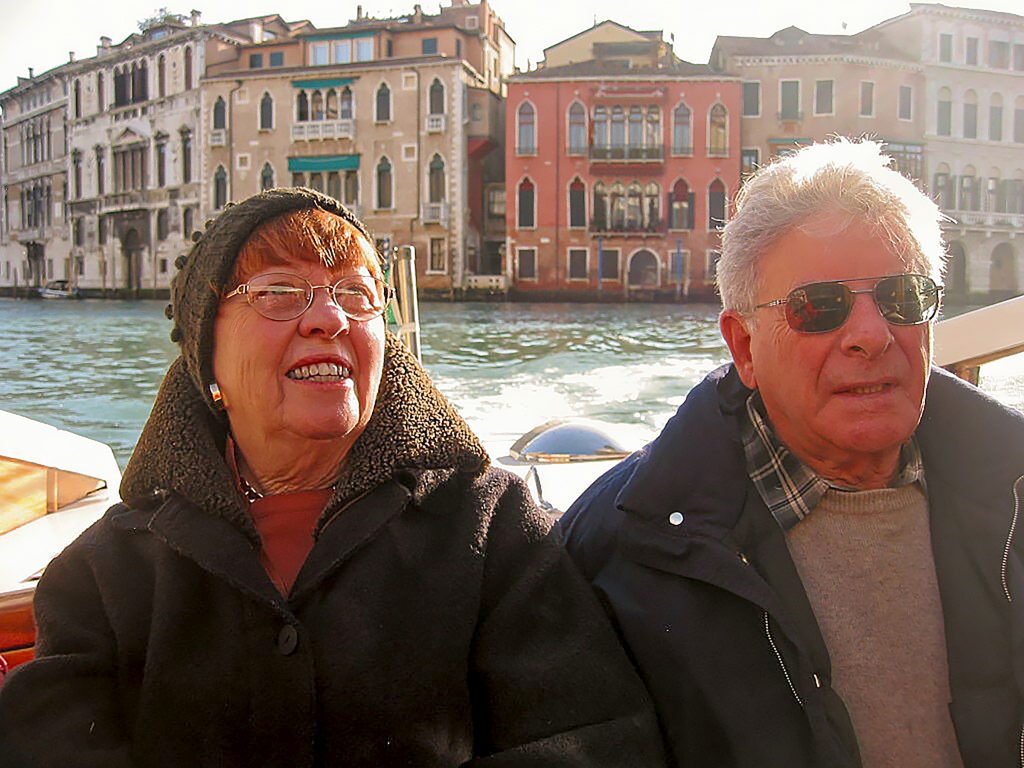 Cherished members of the Saint Rose community for more than six decades, Ann and Matt Mataraso have been a big part of the College’s life since the 1950s. In addition to staunch scholarship support, they have actively engaged in everything from Saint Rose of Lima dinners to Golf Classics. They are members of the Carondelet Society for their giving to Saint Rose.

Matt Mataraso H’99, a Korean War veteran and an attorney with extensive experience in private practice and the New York State Assembly, served as town justice for Guilderland for 16 years. A Saint Rose Trustee since 1989, he chaired the board for nearly a decade, served on multiple committees, spearheaded capital campaigns, and led the search committee for President Mark Sullivan.

Matt shared his memories of Ann and Saint Rose recently:

I met Ann for the first time on May 1, 1954, on Washington Avenue, near the State office building. We were introduced by our mutual friend and Ann’s classmate, Carol Fogerty Reed ‘54, who became our maid of honor and lifelong friend. Ann, at Carol’s insistence, asked me to her senior prom. That was the beginning of our 66 wonderful years together.

May 1 is a significant date in our lives, being also the birthdate of Sr. Rose Regina Smith. In the 1990s, Ann was at St. Peter’s Hospital recovering from breast cancer surgery when God sent Sister Rose into the room and she chased me out. She instilled in Ann the spiritual determination and fortitude to combat the dreaded disease that ultimately caused her passing in 2020.

Upon graduation, Ann started on her master’s in elementary education while teaching at a one-room schoolhouse near her home in Boyntonville, New York.

We were married in August 1955, after I graduated from Siena and Ann took a position in the Guilderland school system teaching elementary students. I started law school in September. Ann became pregnant but finished her first year, and our first daughter was born in July 1956, followed by our four other children. For the next two years, she was called frequently to substitute teach. We both received our graduate degrees in 1958, one day apart. She always bragged that she put me through law school.

Ann was passionate about the arts. She earned her MFA at the age of 70. She was always involved in art. First it was arts and crafts. She would purchase fleeces, dye and spin them, and weave the wool into fabric. She also wove and taught basket making, and then painting. She got wholeheartedly into art and decided to matriculate at the State University of New York. You should see her beading – it is unbelievable. She made amazing bracelets and other pieces. If she got into anything, it was with her whole heart, 100 percent. She loved what she did.

In the 1980s, we made a very modest contribution in connection with an unsuccessful capital campaign. We met Saint Rose President Dr. Vaccaro, who asked me to become a member of the board of trustees. I demurred and told him I did not have deep pockets, having put five children through undergraduate and graduate school. I told him the trustee of a college or university has to make a significant financial commitment to the school. He persisted, and in 1989 I became a member of the board of trustees.

I was a foster child from ages 2 to 14, and had no siblings. My mother could not read or write, and my father was barely literate. I had no role models or mentors. I was not ready for college. Today, Saint Rose takes many first-generation students, mentors them, provides them with financial aid, and turns them into teachers and professionals. (I’m told that one-third of all the teachers in the tri cities have an undergraduate or graduate degree from Saint Rose).

Saint Rose meant a lot to Ann, and means a lot to me. I am where I am today because of Saint Rose.
Saint Rose is a caring institution with limited resources. It has dedicated staff and talented, hardworking professors. The school does a lot with little and is an important part of the fabric of Albany. That is why I’m so proud to be a part of the College.