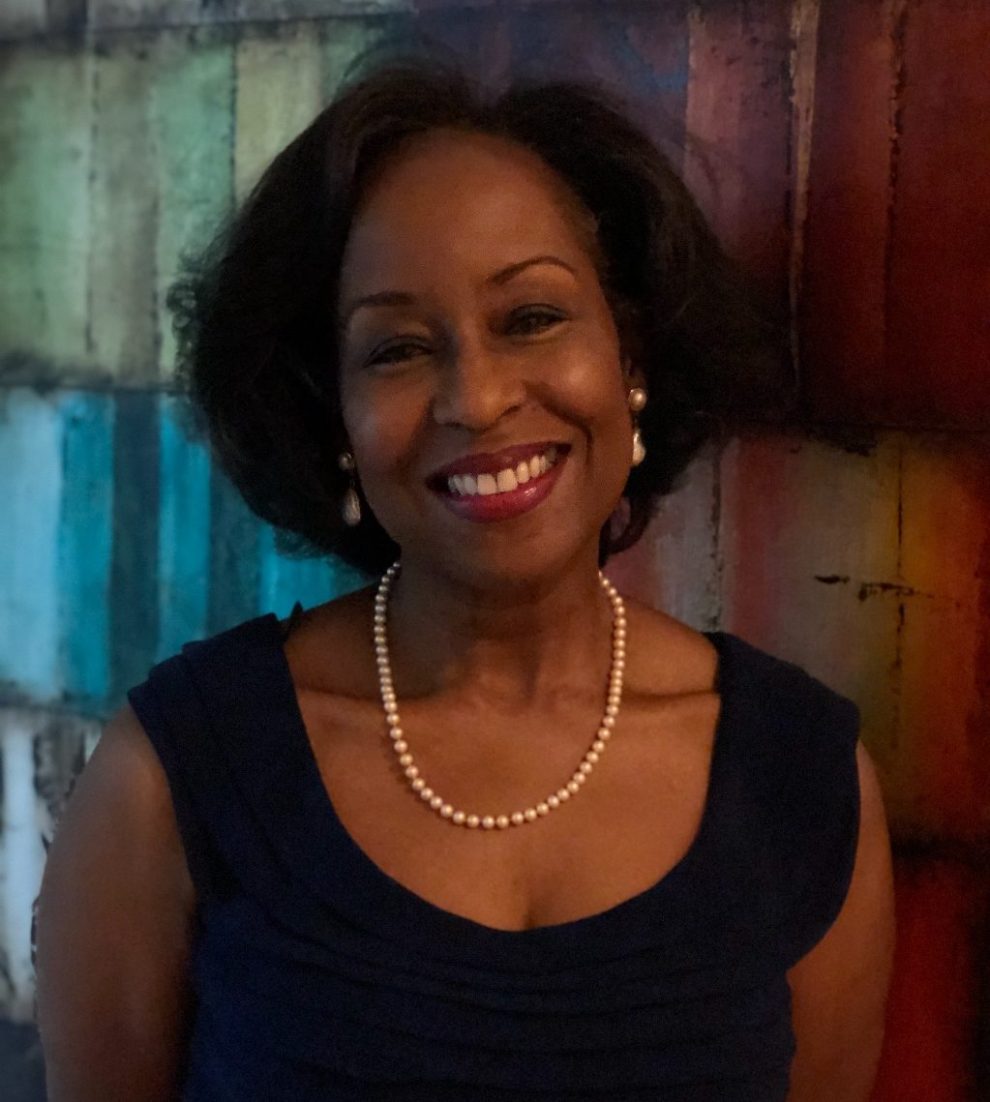 Judith Catlett ’20 is a little different from most recent Saint Rose graduates. Like many, she first earned an associate degree. Like many, she’s a transfer student from Hudson Valley Community College (HVCC). Like many, she worked full time while attending Saint Rose. And, like many, she was determined to finish B.A. in communications, no matter what kept her from her goal. (You’ll never believe what the biggest obstacle was.)

Catlett started her Saint Rose degree in the late 1970s and completed it in December 2019. She was set to attend commencement last year, but the pandemic struck. Now, in May 2021, she will finally walk across the stage proudly to receive that hard-earned diploma.

Tell the story of how you started at Saint Rose.

I went to St. Joseph’s Academy High School in Albany, which closed in my junior year, and graduated from Albany High School in 1974. There was no guidance counselor, or at least none that I knew of.

My mom encouraged me to go to school, so I graduated from Albany Business College (now Bryant & Stratton) with my associate degree in 1976. I started working as a secretary, I got married, and I wanted to do more and get a bachelor’s, but didn’t know how to do it, money-wise.

I started at Saint Rose in the 1970s, soon after finishing at Albany Business College. I was a nervous wreck because I thought that higher education was for other people, and not for me. The people I knew who had gone to college were really smart, and I didn’t think I was that caliber.

Since I didn’t have guidance, I found my way on my own. I started at Saint Rose because I could take the bus there from Arbor Hill, where I grew up. I got in initially because I didn’t have to have math.
Later, I would go into classes after work hours – I was working for the Governor’s Office of Employee Relations at Empire State Plaza – and Saint Rose, like a lot of schools, used to have night school for working people. That was around 1986.

I attended classes off and on, taking about one course per semester until they added a requirement for algebra.

I was petrified at having to take math. I’m not good at it. That’s what held me up from getting my degree for so many years.

How did you finally get past the math barrier?

My kids, and everyone else, was saying, “You have only one or two courses to finish!”

I was determined, and my husband was very supportive. We even had a bet about who would graduate first. He was attending college also but had just started. I lost the bet and had to pay him $50.

I had to be tutored at Saint Rose by Matthew Woods, who got me to the point where I could pass the math test. I finally passed algebra. (Who invented math, anyway?)

I finished my degree at Hudson Valley Community College, because tuition was less expensive there, and transferred my credits to Saint Rose to finish my bachelor’s in 2019.

And then the pandemic hit, and I couldn’t attend graduation!

What was it like to go to school with younger students?

It didn’t bother me. I was married at the time, and all the girls would talk about was how they wanted to get married. They were 18, 19, 20 years old.

I used to say to them, “Be able to bring something to the table. Travel. Date. Do something. Don’t let this one boy that you met in college be the only thing in your life! Get a job, live on your own, have your own life. That way, when you decide to get married, you won’t feel like you missed something; you’re really bringing yourself to this marriage.”

Did they listen? Not really. When girls or boys are in love, all they can think about is, “How can I live without this person?”

But being older didn’t bother me at all. I had a little bit of nervousness about being back in school. I really had to work at what I had to do. A lot of kids went right from high school to college and knew what was expected, like putting references in their research papers. I had my book, and I was looking things up constantly. The other students might have to look something up, but they knew how to do things.

I just had to work harder to figure things out.

The professors were very nice and encouraging. I wish they still had nuns on campus.

I liked that Saint Rose was close by. I had looked into SUNY, and it was so far away, and it’s such a big campus that you had to walk a mile to get anywhere. I didn’t want to do that.

Also, I like that Saint Rose stayed put, they didn’t up and leave like a lot of others – like my doctors, the stores that used to be downtown, all moved away or disappeared.
Saint Rose stayed where they started.

I liked communications. A lot of people always told me that I’d make a great reporter, but I never wanted to do that. I wanted to work in the background, like the person who says, “Three … two …one …” and then they point at you.

I had to interview someone on TV once, and I thought that was pretty cool.

I liked editing, even though I wasn’t that good at it. Being able to clip stuff, and put in the sound or take it out. I enjoyed that.

I’m such a nervous Nellie when it comes to things, though, I never think I’m going to be good or smart enough. It is unfortunate.

I’m over the moon.

I’m a Reid – my father’s side of the family always took so long to finish things. They’d start things and never finish them. Like they’d redo the house and never put the trim on.

For me to get my bachelor’s was important to me. It’s not that I was going to use it. At age 65, I’m retired six years, and I’m not going to look for a job.

But, you know that box they always ask you to check in applications: “What level of education do you have?”

And you check “Some college,” or “None.”

You have no idea how good it feels to click that “bachelor’s degree” box.

Getting my degree was very important to me – to finish something. It’s not a bucket list thing. It’s just something I needed to do.