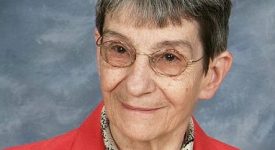 Never one to seek personal attention or accolades, Sister Agnes Rose Burton unobtrusively went about her work of teaching political science. Why, then, was her passing in 2018 a TV news story in the Capital Region?

Perhaps it’s because over her 31 years in the Department of History and Political Science at Saint Rose, Sr. Agnes became a “gentle giant” for thousands of students and citizens of Albany. Her quiet, humble personality belied her deep determination to help others, no matter the time or effort. For students, that meant giving her all to help them fulfill their potential; for the wider community, it meant doing whatever she could to make people’s lives better. And everything was done with grace, gentleness, and a smile. But she was no “push-over” – a student knew from her silent stare that they hadn’t met expectations and immediately tried to rectify it because they didn’t want to disappoint her.

She expected students to be engaged in the classroom but also required them to go out and get practical experience in government and politics. Hence, Sister Agnes developed relationships with local and state government leaders so they would take Saint Rose students for internships. But, for the breadth of hands-on learning Sister Agnes wanted for her students, she, herself, got directly involved in the political process – as a Republican Ward Leader in the City of Albany and as the party’s candidate for Albany Common Council President. Through these two positions, Sr. Agnes’s students listened to constituents’ concerns and figured out how to address them, developed and implemented a campaign, canvassed voters, and worked at the polls. Sister Agnes’s reputation for preparing quality students became widely respected among government administrators and elected officials on both sides of the political aisle; her recommendation opened many doors for Saint Rose history-political science majors. 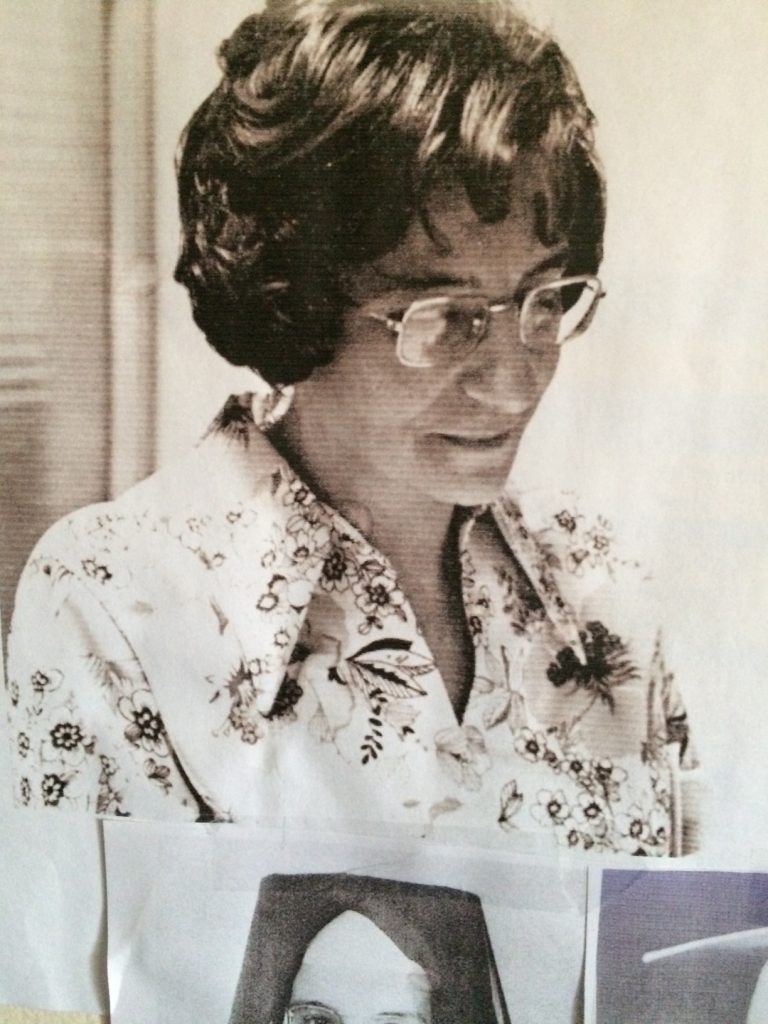 “Sr. Agnes’s approach was for you to develop your personal potential and she would assist you; she offered guidance,” said Katy Anson ’73, the first Saint Rose state legislative intern. Anson also was the first of many Saint Rose interns to transition into a full-time job in the legislature.

“Sister Agnes not only got us to think critically, but she graded us on our presentations; how we spoke, how we dressed, the quality of our arguments all had to meet the mark. But it paid off when we went for intern interviews; Saint Rose students stood out as the best prepared.”

But Sister Agnes was multi-faceted. She was an imaginative party planner. A loyal alum, she was first vice president of the national Alumni Association. Sister Agnes and Sister Tess Wysolmerski, known to many as “the nuns,” probably hold the record for the number of Saint Rose athletics events attended. She was even known to give wake-up calls to students who had difficulty making 8 a.m. classes!

By the time she retired in 2002, Sister Agnes had been recognized with several awards and even been featured in a New York Daily News story that went national. But you’d never know that from her. That wasn’t her style.