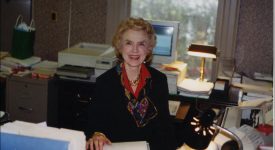 Perhaps more than anyone else associated with the Saint Rose story, Sister Rose Regina Smith embodies both the College’s roots and its emergence into a comprehensive liberal arts institution with nearly 3,800 students pursuing both undergraduate and graduate programs.

Her aunt, Sister Rita Agnes Casey, was among the founders, and her mother, Ursula R. Casey Smith, a member of the first graduating class in 1924. Smith, who grew up in the neighborhood, attended Saint Rose, graduating in 1950 with a degree in commerce and 40 years later a graduate degree in reading. In between, she entered the Sisters of St. Joseph of Carondelet, praying successfully to be given the name “Rose.”

For close to four decades, Smith served as an integral member of the College administration, serving as an administrative assistant to the president and later assistant to the president for donor relations. In a significant departure from the habit she wore until 1968, Smith stood out for her fashionable dress and color-coordinated accessories (most, she said, were secondhand items). She was known across campus for turning cards she had been given into customized birthday cards for others – replete with color-coordinated ribbons she bound them with. She was also a stickler for detail, with more than one member of the community receiving a handwritten note pointing out a grammatical error in a College communication.

Smith was foremost a woman of faith. When she died in 2019, she was remembered for keeping the original founders’ mission foremost in her thoughts.

“My ministry at Saint Rose is my avocation, the preoccupation of my waking hours, my daily professional challenge, and that which draws upon my trust in God,” she said. 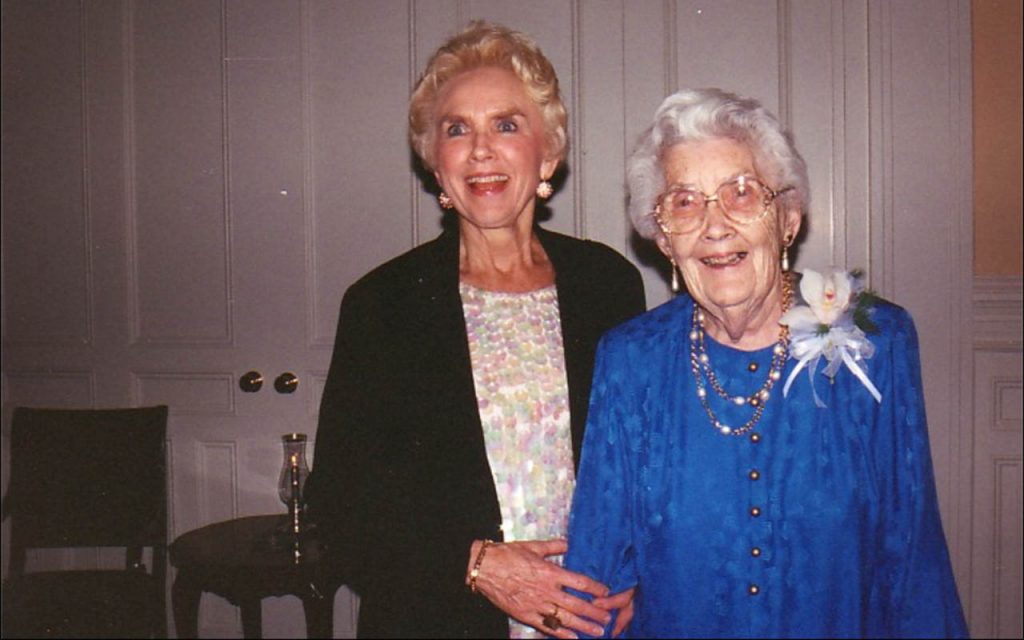 However, her spiritual motivation didn’t keep her from being an assertive fundraiser. Among her talents, colleagues recall was making appointments with people to ask for gifts and then knowing how to follow through all the way to a contribution to Saint Rose.

In 2008, she was awarded the Carondelet Medal, the College’s highest honor.

“She made you feel like you were the most important thing at that moment,” said Sister Mary Anne Heenan, CSJ, ’68. “I think that comfort level she established was valuable in the president’s office and elsewhere.”