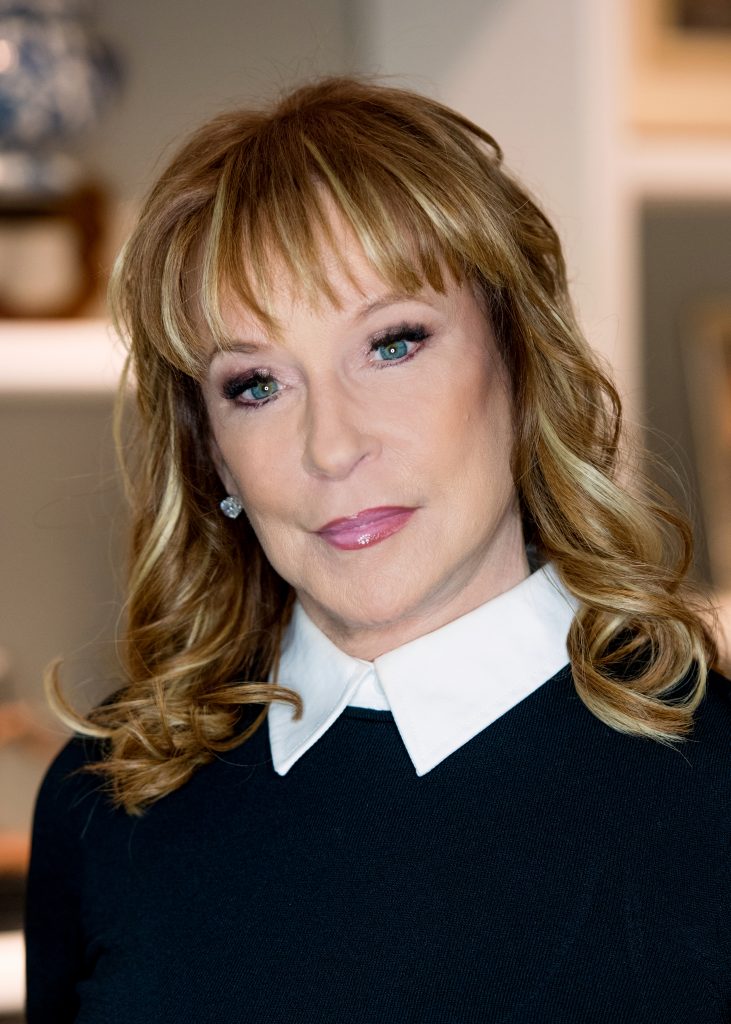 The Board of Trustees of The College of Saint Rose announced today Marcia J. White has been unanimously chosen as interim president.

White will lead the College while a national search is conducted for a successor to Dr. Carolyn J. Stefanco, the College’s 11th president. Stefanco announced earlier this month that she would step down on June 30 after serving two full terms. The search for a successor, a process that will engage representatives of the entire Saint Rose community, is expected to take 12 to 18 months.

White is a Saint Rose alum, who has served for 18 years on the Saint Rose Board of Trustees and has chaired its trustees affairs and governance committees. She was honored in 2016 as the recipient of Saint Rose’s A Community of Excellence award for her service and contributions to the College and the Capital Region.

She is president of Marcia White Consulting, LLC, and a former registered nurse. White also held the position of press secretary to the majority in the New York State Senate and served as president and executive director of the Saratoga Performing Arts Center (SPAC). She is widely credited for having led a financial and artistic transformation that ensured SPAC’s continuation as a preeminent cultural institution and major economic driver in the Capital Region.

“The College of Saint Rose is so fortunate to have among its trustees a gifted and energetic leader with relevant experience in helping important institutions achieve growth and financial stability,’’ said Jeffrey D. Stone, chair of the Saint Rose Board of Trustees.  “Marcia White has a stellar record as a successful leader, manager, communicator, collaborator, strategist, and fund-raiser, developed over many years working at the top level of state government and in the private sector. As a trustee and an alumna of Saint Rose, she is steeped in our history and mission and, from personal experience, truly understands the power of the Saint Rose education.’’

“As we all face COVID-19, an unprecedented health crisis, my first thoughts are with our students, faculty, administration, and college community,” said White, “Saint Rose offered me an affordable, exceptional education and an opportunity for the intellectual pursuit of the ideals of spirituality and knowledge. During this time of uncertainty, I will draw upon the most important lesson from that education – the power of prayer. It is the one thing in which we can have full faith and confidence.”

As she transitions to the role of interim president, White said she looks forward to working closely with President Stefanco. “My responsibility as interim president will be to provide day-to-day leadership of the College so that a successful search for a successor to Dr. Stefanco can be conducted. My focus will be on inclusivity. I will reach out to the College community, including students, faculty, and administrators, to engage them in strategic conversations and to listen to what they are looking for in our next president.’’

“We’ve known Marcia White for many years as a trustee who is dedicated to the mission of The College of Saint Rose. She lives our ideals and values and has great passion for both the College and the Capital Region community,” said Sister Mary Anne Heenan, CSJ, provincial director of the Albany Province of the Sisters of St. Joseph of Carondelet, the Catholic religious order that founded Saint Rose 100 years ago. “It’s an especially proud moment for Saint Rose to be able to call on a distinguished alumna to serve as interim president.’’

White was chosen for the top position at SPAC in 2005, at a time of significant financial challenges. Her first priorities were generating new revenue. She replaced 15 years of financial deficits with 12 consecutive operating budget surpluses. She raised over $20 million through effective major gifts solicitations and generated a 70% increase in revenue from fundraising events and first-ever sponsorships including those by global companies. She oversaw nearly $6 million in renovations and upgrades of SPAC’s historic amphitheater and facilities.

Artistically, White pursued the highest standards in programming while incorporating contemporary elements that make the classical performing arts more accessible for mainstream audiences. Under her leadership, SPAC established a new summer residency with the celebrated Chamber Music Society of Lincoln Center and expanded its dance season to include tours by renowned international ballet companies, such as Russia’s iconic Bolshoi Ballet, the National Ballet of China, and The National Ballet of Canada.

Among her proudest accomplishments was the expansion of SPAC’s educational program through a collaboration with Jacques D’Amboise’s National Dance Institute. This international program successfully uses dance as a catalyst to engage and motivate underserved children to achieve excellence both in school and in life.

White has been a director of the governing board of the New York State Commission on Independent Colleges and Universities and is a member of the commission’s Alumni Hall of Distinction.

She has served on the boards of several Capital Region nonprofit organizations, including the Mohawk-Hudson United Way; Siena College Creative Arts Committee; the Community Advisory Board, St. Peter’s Hospice of Rensselaer County; Saratoga Convention and Tourism Bureau; the Saratoga County Chamber of Commerce; the Capital Region Chamber of Commerce; the Saratoga Springs Commission on the Arts, and Hearst Corp.’s Women@Work.