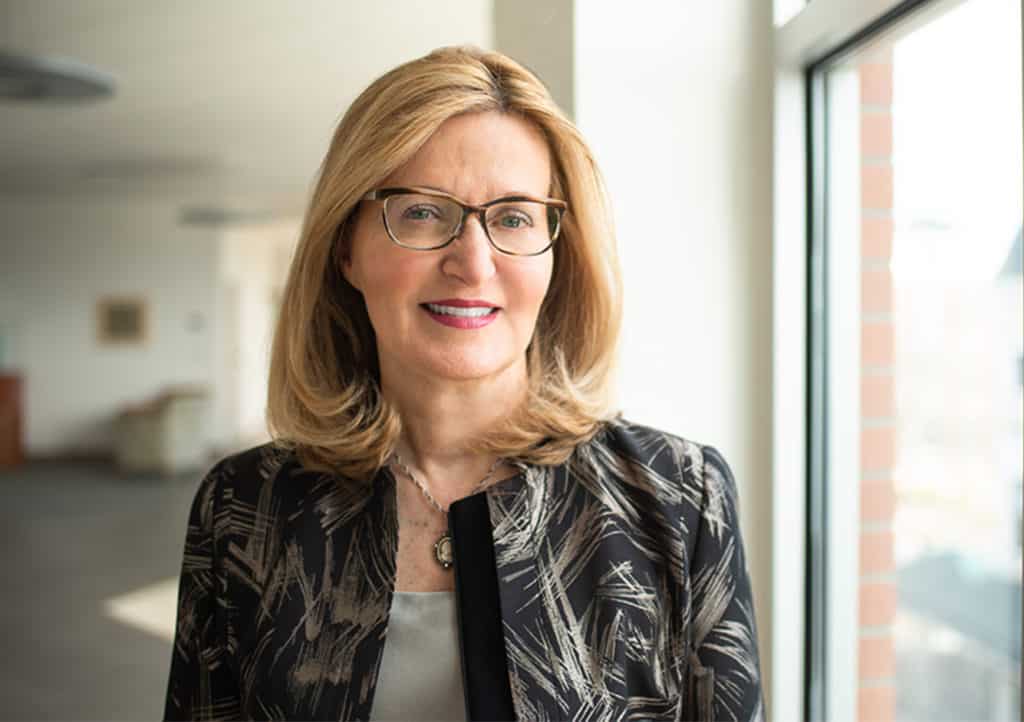 Dr. Carolyn J. Stefanco announced today that she will step down June 30 as President of The College of Saint Rose.

She led the College to develop 20 new undergraduate, graduate, and dual degree and certificate programs. Under her leadership, Saint Rose also launched its first national student recruitment effort and admitted two of the largest first-year classes in institutional history. As a result of Dr. Stefanco’s advocacy for diversity, equity, and inclusion, Saint Rose now welcomes students from 39 states and 70 countries and each of the last three incoming classes has included 50% students of color.

To raise Saint Rose’s national profile, Dr. Stefanco has spoken at leading higher education conferences, such as the American Council on Education, the Association of Governing Boards, The Council for Advancement and Support of Education, and the Council of Independent Colleges. She is currently serving as chair of the board of trustees of the American University in Bulgaria and is a board member of the International Leadership Association, the National Association of Independent Colleges and Universities, and the American Council on Education Women’s Network Executive Council. Since joining Saint Rose, Dr. Stefanco has published articles in three anthologies and two journals and essays in numerous online higher education publications.

Global connectedness has been a particular focus. Prior to her service at Saint Rose, Dr. Stefanco was a Senior Fulbright Scholar to the University of Zagreb in Croatia; served as resident director of a London Study Program; created programs for student exchange and faculty research in Honduras, Brazil, Portugal, and Croatia, and worked as a higher education consultant for Saudi Arabia. At Saint Rose, she opened the Center for Global Affairs, signed numerous partnership agreements with institutions of higher education in Africa, Asia and Europe, and led efforts to significantly increase support for international students

Dr. Stefanco has been an effective fundraiser, and the College has increased annual fund giving and individual giving and has completed fully funded capital projects, including the Loretta Preska Mock Trial Courtroom, the Veteran Residence, and Studio G3, a performance space for music industry students.

Dr. Stefanco founded the Women’s Leadership Institute at Saint Rose and, with strong support from donors, has been particularly successful at raising money for women’s leadership initiatives. The Pussycat Foundation awarded Saint Rose grants of $2.3 million for the BOLD Women’s Leadership Network, and Michelle and Walter Borisenok provided $1.2 million to expand and renovate what is now called the Borisenok House, which houses the Institute.

For her visionary leadership and lifelong commitment to women and diversity, Dr. Stefanco received a Helen Gurley Brown Genius Grant in 2018.

“I chose The College of Saint Rose because it offered me the chance to give back to students who were like me as an undergraduate,” said Dr. Stefanco. “I have thoroughly enjoyed working with employees in all divisions of the College who are as committed as I am to helping students to exceed their expectations. We branded Saint Rose as HOME during my tenure, but it has been the home of opportunity to generations of students over its 100-year history. I am proud to be a part of that legacy.”

Jeffrey D. Stone, chair of the Saint Rose Board of Trustees, said: ‘’Dr. Carolyn Stefanco led the way in bringing the benefits of a Saint Rose education to the world, welcomed new international students, broadened academic support for our students, led the development of new academic programs and leadership opportunities for women – and accomplished all of this at a time of significant enrollment and financial challenges for small private colleges across the country. We are deeply grateful for her vision and her leadership.”

“Dr. Stefanco is herself a first-generation college student who grew up among immigrants and understood intuitively the blessing that a comprehensive Saint Rose education can be for students from similar circumstances around the world, many of whom were the first in their families to attend college. She is a consummate teacher, a dedicated and effective advocate for preparing all Saint Rose students to succeed in college and beyond and to become leaders in the pursuit of justice, peace and understanding,’’ said Sister Mary Anne Heenan, CSJ, province director of the Albany Province of the Sisters of St. Joseph of Carondelet, the Catholic religious order that founded Saint Rose in 1920.

In the Capital Region of New York, Dr. Stefanco serves as a director of Albany Medical Center, an executive board member of Hearst’s Women@Work, and a member of the board of directors for the Center for Economic Growth, where she chairs the work group on Interactive Technology. She has given scores of keynote addresses, panel presentations, and media interviews in New York State.

Dr. Stefanco said following her service at Saint Rose she plans to continue to speak, write, and consult about women’s leadership in higher education, and to advance global engagement and cultural understanding as hallmarks of a 21st century education.

Mr. Stone said the Board of Trustees will select an interim president to lead Saint Rose while a national search is conducted for Dr. Stefanco’s successor.