Global climate change, immigration policies, the refugee crisis, and mass shootings were among the topics addressed at the Tenth Annual Undergraduate Research Symposium on Tuesday, April 16, in the Daniel P. Nolan Gymnasium.

This year, the Neil Hellman Library gave out the Undergraduate Research Award named after Sister Katherine McPeak ’61 —- the only librarian-faculty emeritus. The award recognizes exemplary scholarship from students who demonstrate creativity and thoughtfulness in their approach to research. 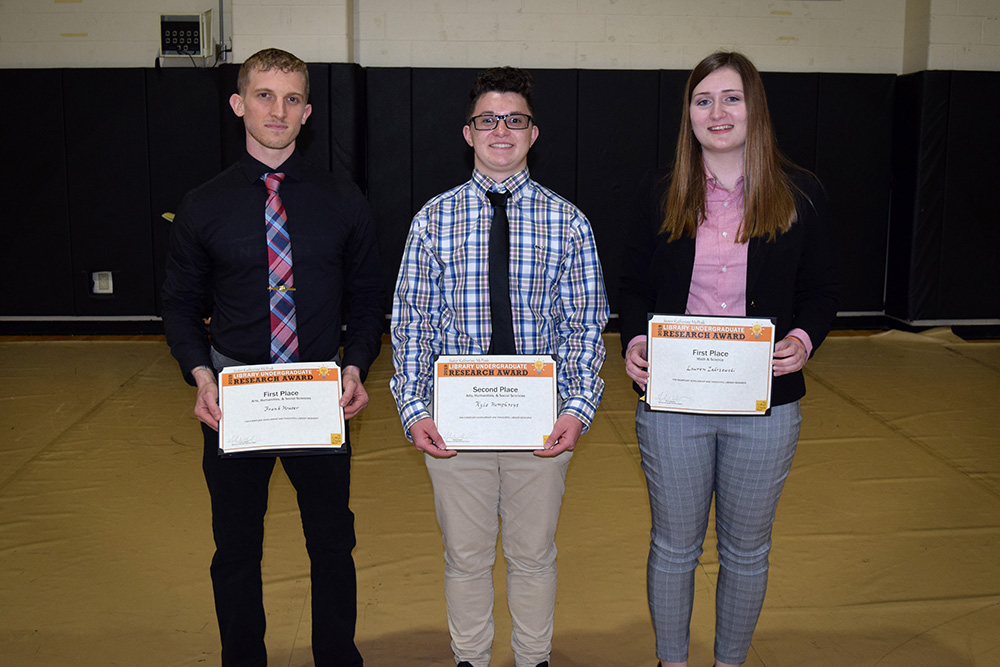 Award winners were decided by a faculty panel, who met with candidates and asked them questions about their topics and research processes. Four award winners were selected at the end of the event, first and second place for each category.

This year’s symposium featured research by 49 undergraduate students of different majors and years who presented their work to peers, faculty, and administrators. Students use a variety of methods to complete their studies, such as experiments, surveys, focus groups, secondary data analysis, or mixed methods. Professors sponsor the research. 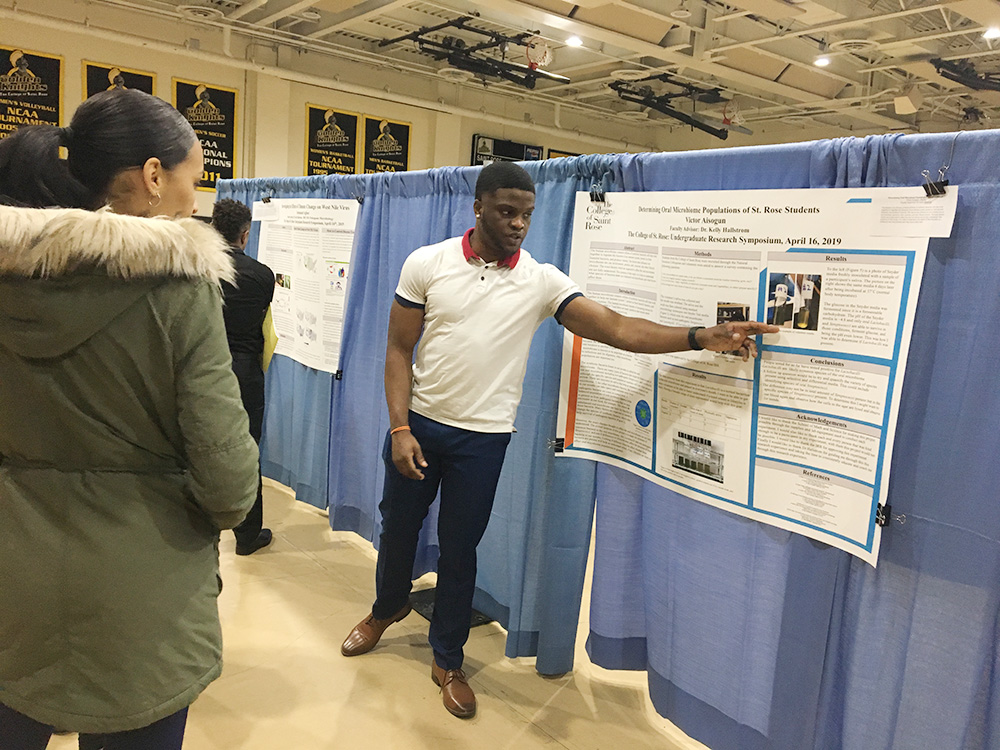 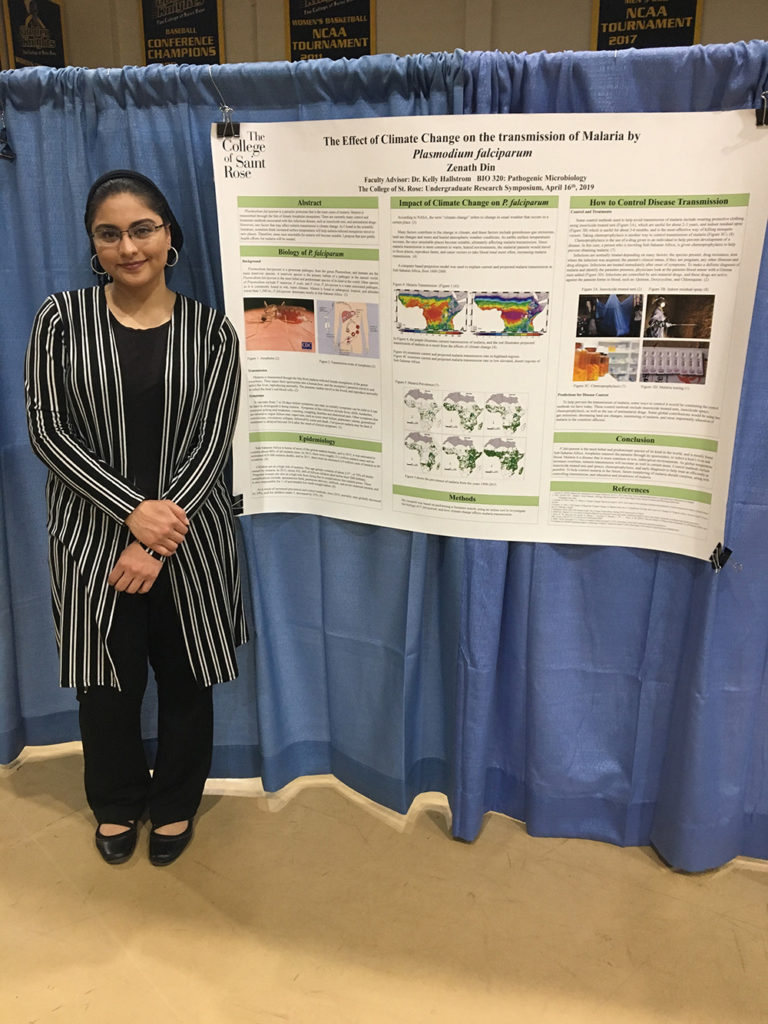 The Protectorate of Spain in Morocco
Cameron Graupman – Childhood Education 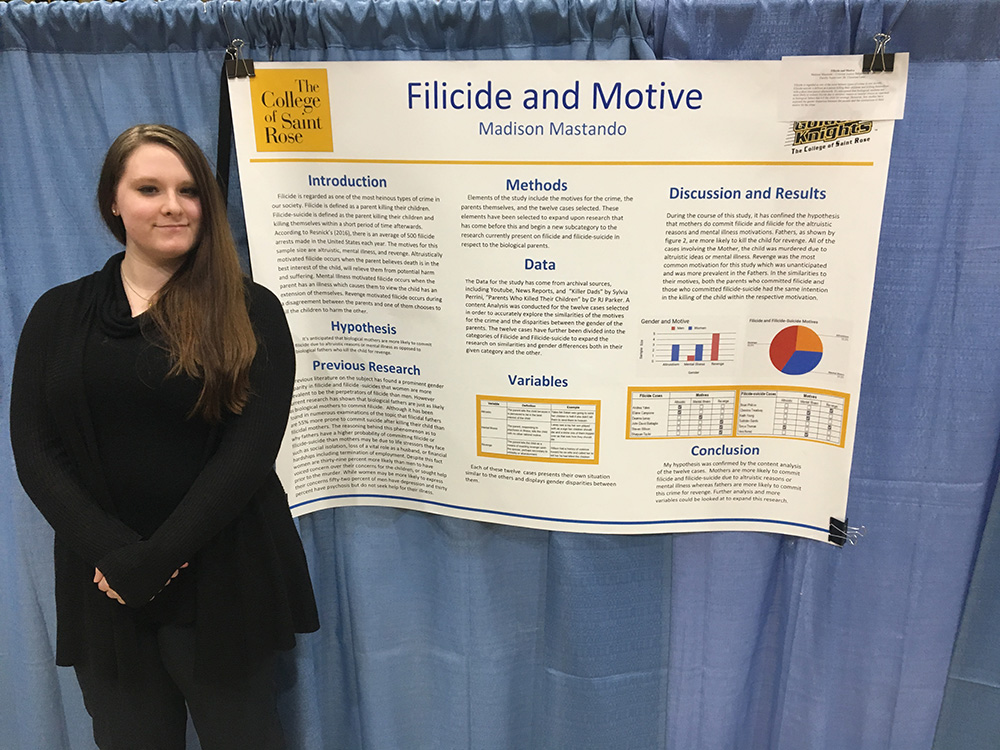 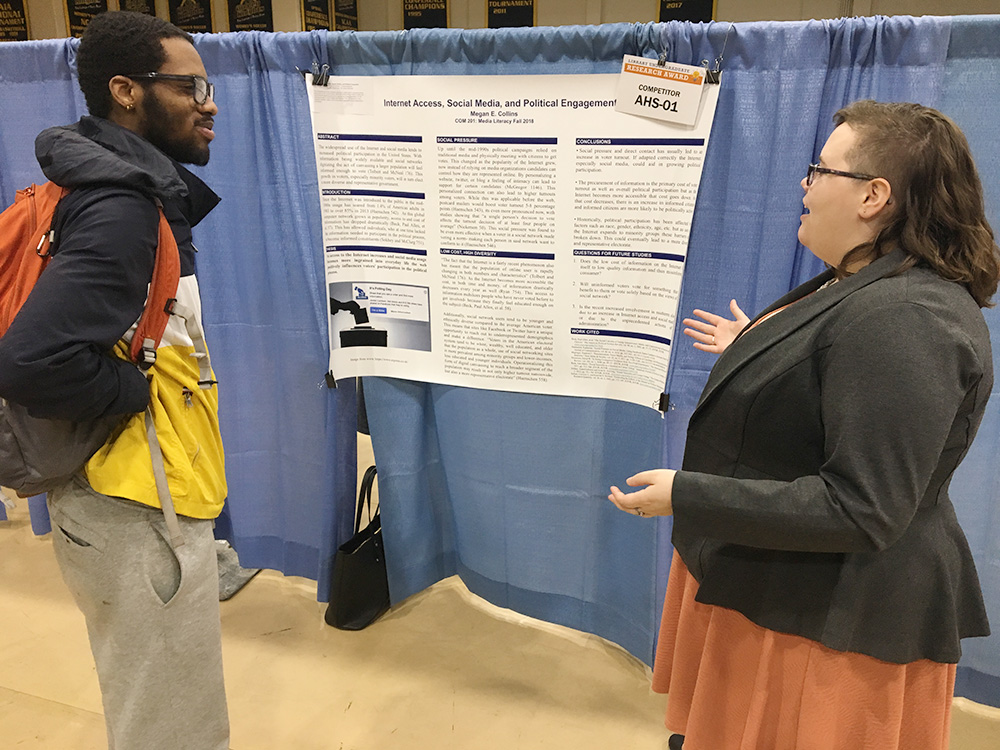 Perceptions of Police Use of Fatal Force: The Role of Gender,Mental Illness, and Right-Wing Authoritarianism
Mason Tallman – Forensic Psychology

Investigating the Effects of Climate Change on Y. pestis, the Cause of Plague
Francine Tongson – Medical Technology