The College of Saint Rose will host the Sidney & Beatrice Albert Interfaith Lecture on March 18 at 7 p.m. in the Hubbard Interfaith Sanctuary, 959 Madison Avenue, Albany, New York. The event will discuss an important and timely topic: “The New Face of Extremism,” and is free and open to the public. The annual lecture will take place during the College’s Mission and Heritage Week. 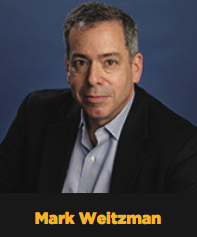 Mark Weitzman will join the Saint Rose community as the event’s guest speaker. Weitzman is the Director of Government Affairs for the Simon Wiesenthal Center (SWC) and Chief Representative of the SWC to the United Nations in New York. He has testified in the U.S. Congress; met with world leaders, including United Nations Secretary-Generals Kofi Annan, Ban Ki-moon, and Antonio Guterres; and been a featured speaker at three United Nations conferences on anti-Semitism and extremism. His entire line of work revolves around anti-Semitism, Holocaust denial, religion, and foreign policy.

The New York Times recently reported an increase in national anti-Semitic hate crimes, up 57 percent in 2017 from 2016. Anti-Semitism spans social media sites across the internet and communities around the globe, including the recent massacre at Pittsburgh’s Tree of Life Synagogue. This important discussion aims to shed light on how to identify and combat these heinous crimes.

President Carolyn J. Stefanco will introduce Weitzman. During his presentation, Weitzman will discuss his experience as former Chair of the Committee on Antisemitism and Holocaust Denial, where he played a leading role in the International Holocaust Remembrance Alliance’s adoption of the Working Definition of Anti-Semitism. This Working Definition will provide the audience with information on how anti-Semitism is affecting our modern world.