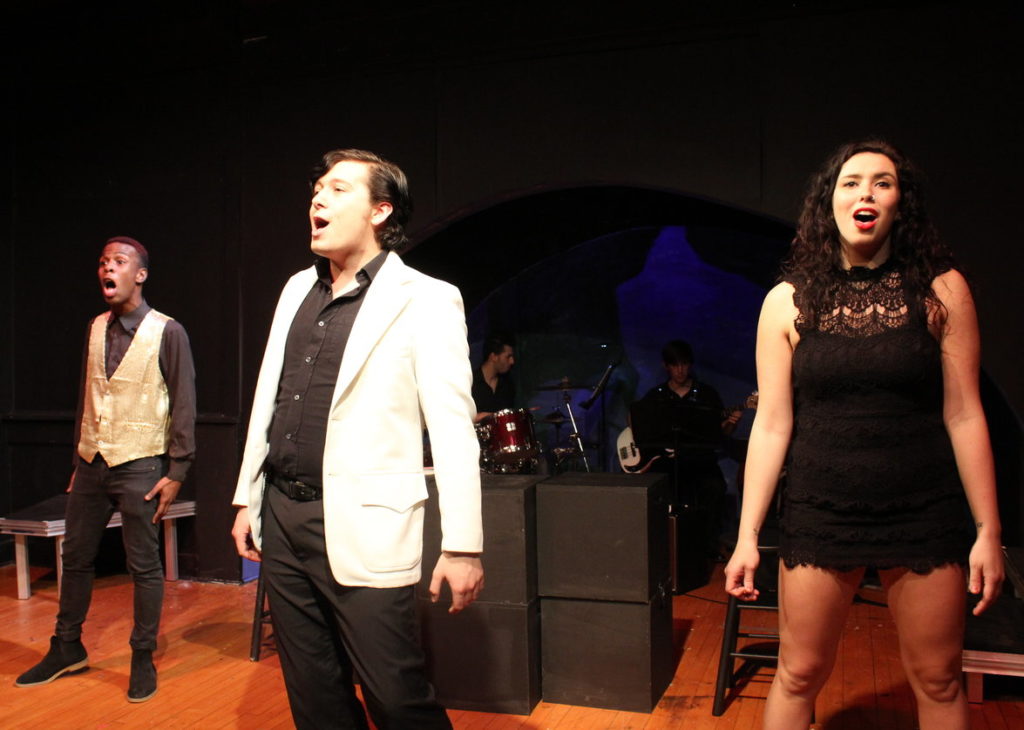 The College of Saint Rose Theatre presents “Songs for a New World,” a work of musical theater that depicts individuals who are forced to make a life-altering decision instantly.

Written by Jason Robert Brown, the play opened off-Broadway in 1995. In a departure from a traditional musical, “Songs for a New World” has no specific plot or single set of characters. Instead, the songs revolve around a unifying theme: What happens when someone has to react instantly – perhaps jump, freeze, or run. These include moments in history and those our country is facing today. 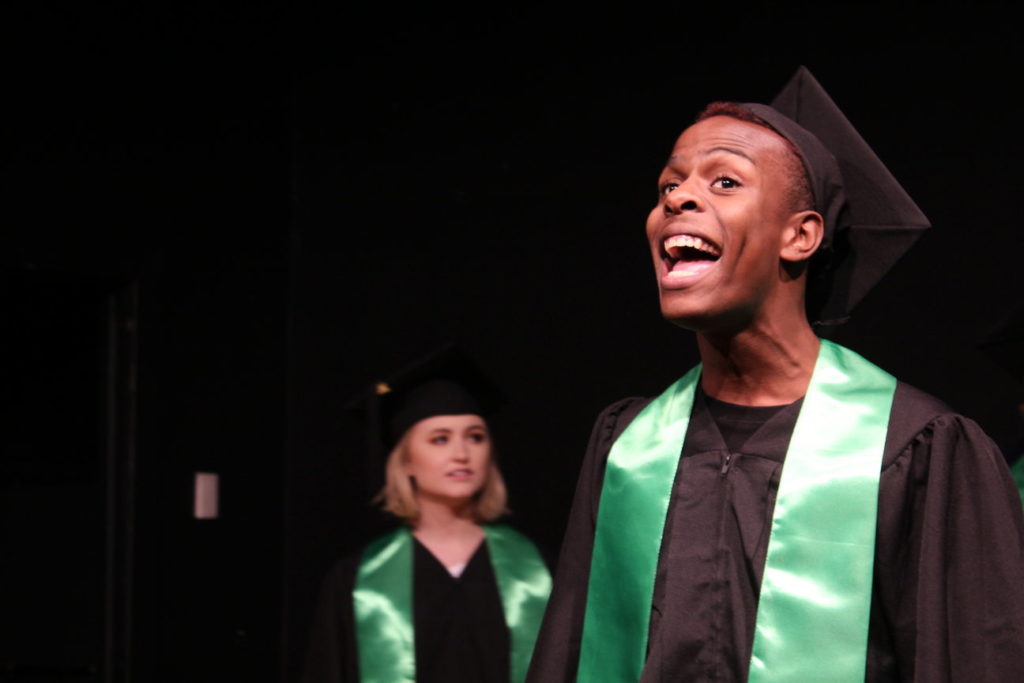 “There is so much we are saying with this production,” said the director, Angela Ryan-Ledtke, Saint Rose instructor of acting. “We all know what it feels like to have to decide something, whether to literally move or to make a life change. This play shows the struggle and result.”

One song, set on a Spanish sailing ship, takes up slavery. Ryan said the discussion is similar to our contentious national dialogue about asylum-seekers. Another song, originally showing Betsy Ross sewing a flag, becomes a statement about the recent shootings at a Pittsburgh synagogue. Other situations are less specific but universal. Ryan sees the work as a call to action.

“We want the audience to be thinking when they leave, ‘What do I do now about these important matters?’” 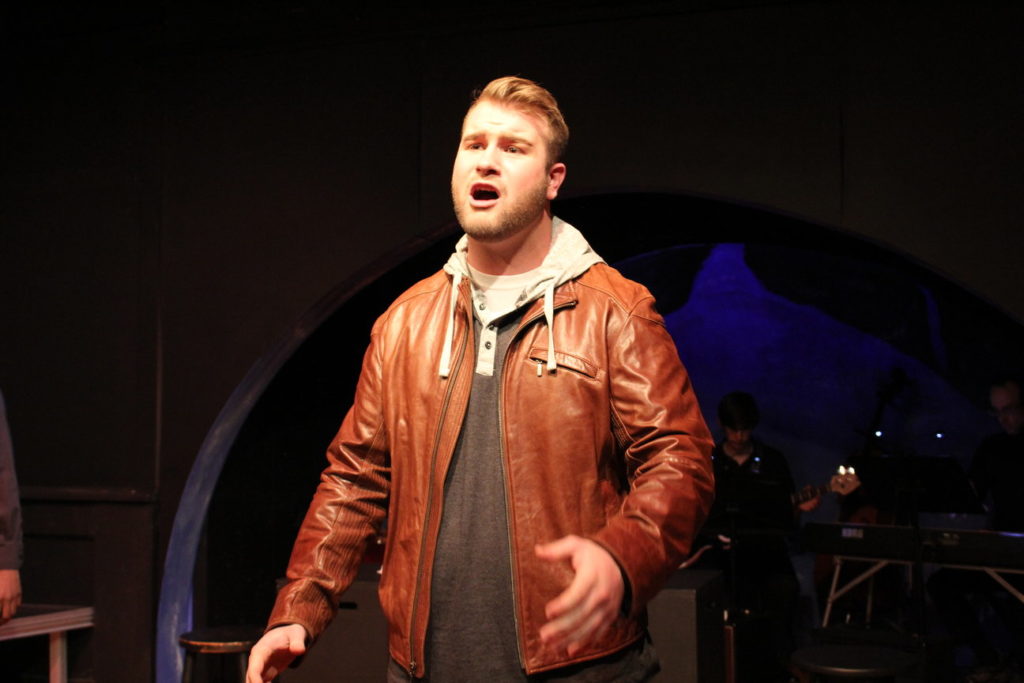