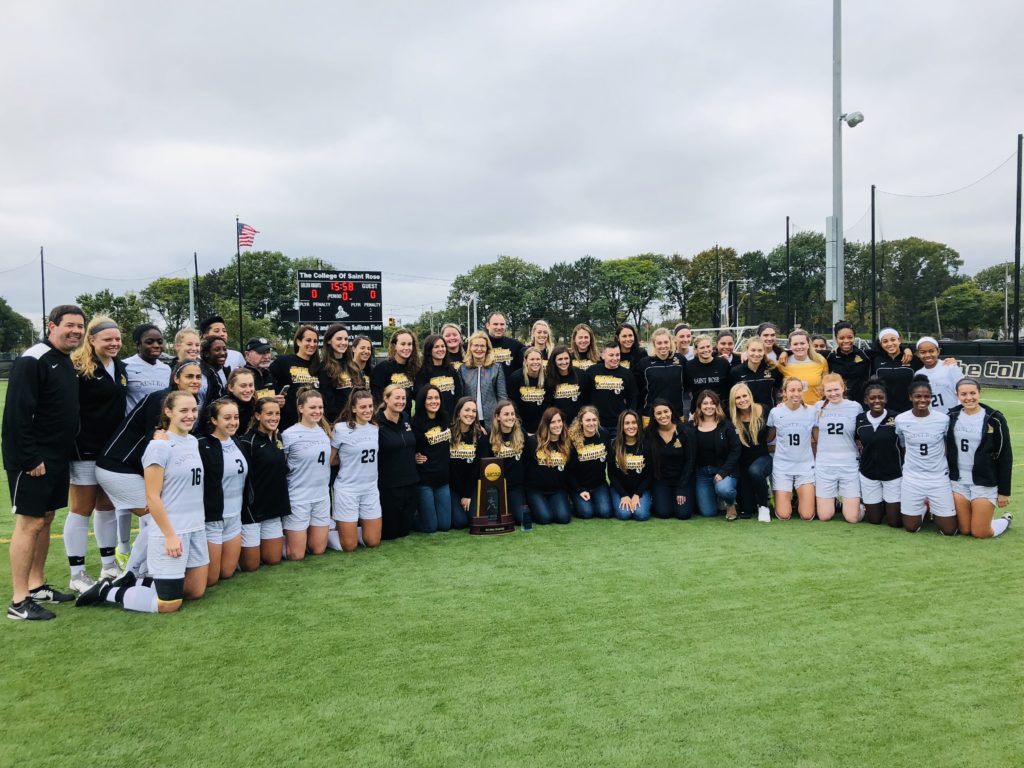 They may have gone on to become successful professionals in health care, financial services, teaching, and other fields, but for one evening last Saturday, they were a soccer team, back at Saint Rose to celebrate their glory days and each other. Amid cheers, tears, smiles, and hugs, the 2011 Saint Rose women’s soccer team gathered to relive the most glorious moment of their undergraduate careers: winning a NCAA national championship.

“Seeing all the faces and all the footage of that day brings me back to that day, that season, when we won,” said Carmelina Puopolo ’14, G’16, who scored both of the goals in the 2-1 victory over two-time defending champion Golden Valley State. “I almost felt like time didn’t really pass, and we’re back there playing in a season again. It was probably one of the best days of my life.” 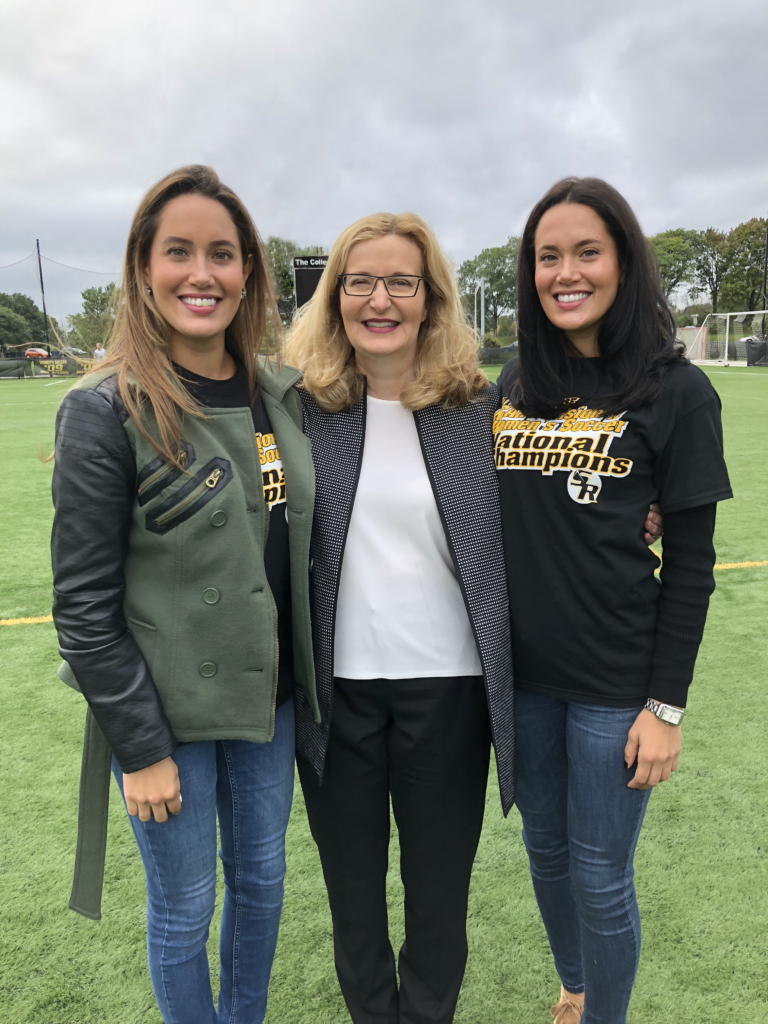 The members of that winning team, and illustrious soccer alums from other classes, commemorated the 2011 team’s induction into the Northeast-10 Hall of Fame at an evening reception on campus. It was held after they gathered at the Saint Rose women’s soccer game at Plumeri Sports Complex earlier that day, where they were recognized for their achievements by Saint Rose President Carolyn J. Stefanco.

The 2011 team returned to Saint Rose from busy lives and places near and far to savor the camaraderie that had made them champions in the first place.

“Tonight, being here, brings back all those feelings of accomplishment and the love we felt for our team and our coaches,” said Gianna D’Errico ‘12, a chiropractor in Arlington, Massachusetts. “That was what we desired, even before we won the national championship: to make our mark in the soccer world.” 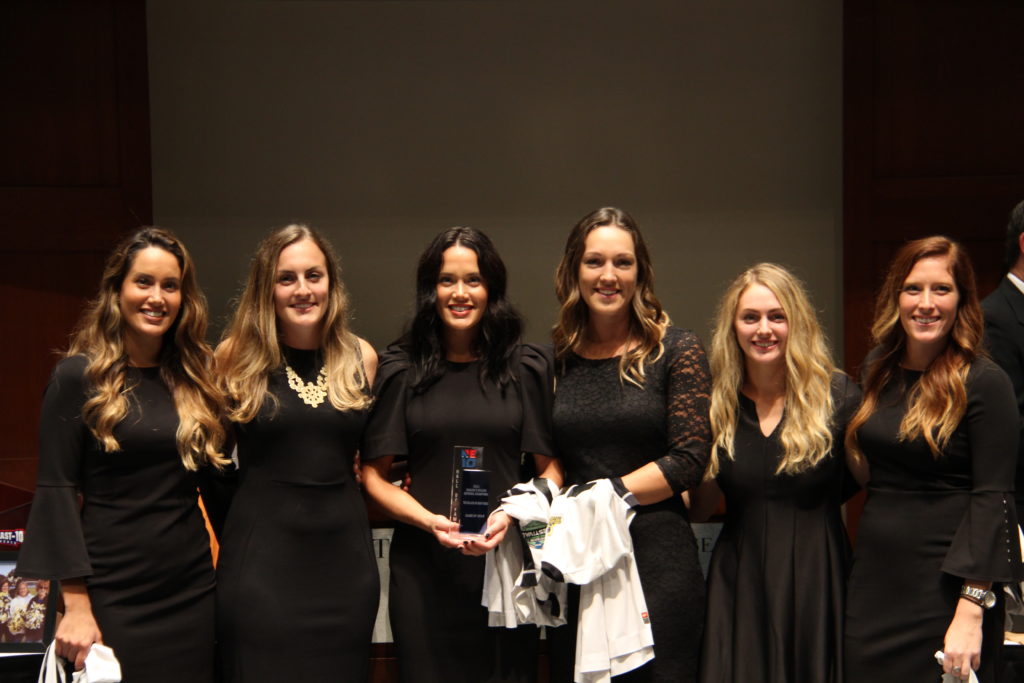 The Golden Knights are the only program in Saint Rose history to win a team national championship. The other national champion is an individual, Brandon Birchak, who won one- and three-meter diving events at the 2007 NCAA Division II Championships.

Many team members have remained in close contact over the years, so they have had plenty of opportunities to see each other.

“I have been in some of my friends’ weddings, and we get together when we can, at least once or twice a year,” said Puopolo, who lives in Toronto and teaches French to grades 6-8. 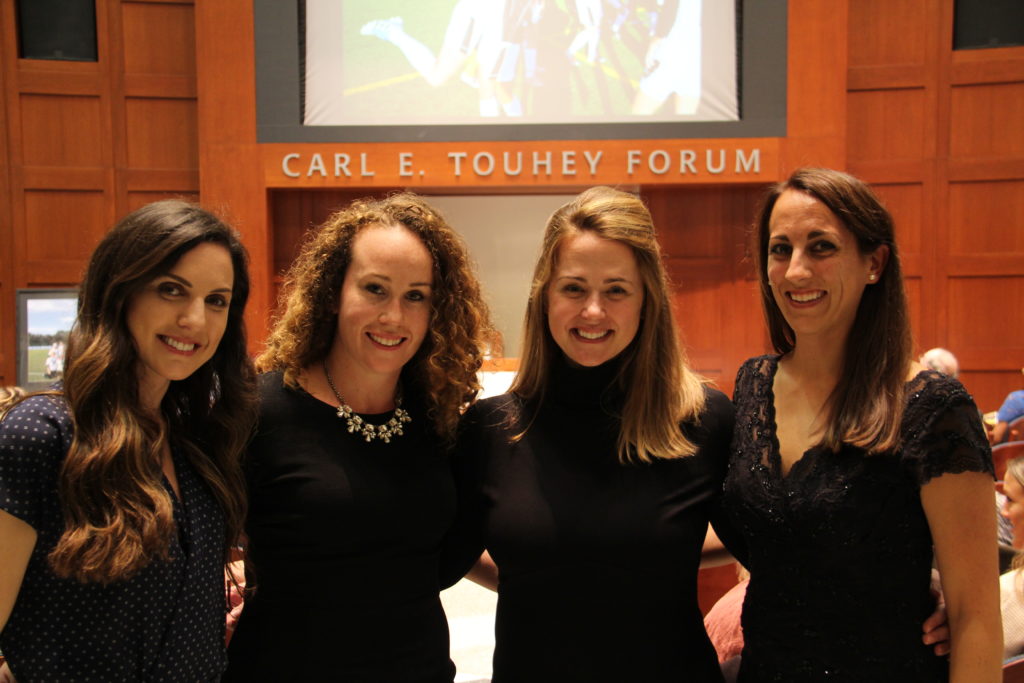 “It’s not that we’re missing those connections and those relationships, but being here together and reliving the game specifically, that was so different,” said Nicola D’Errico ‘12, who works in marketing at product-information-management firm Salsify in the Boston area. “We don’t watch our highlight reels very frequently. You get so caught up in the busy day-to-day of our lives, either for work or for school, so it’s tough to find those moments to pause and think back, so it’s nice to have nights like this – to really look back and relive our biggest accomplishment together.”

Being on the team together resulted in strong, instant bonds. “When I first got to Saint Rose as a freshman, the seniors were so welcoming – they made you feel welcome to the Saint Rose family,” said Kyra Meli ’15, now a Federal Marshal with the Transportation Security Administration. “We got together all the time, even if it was just getting dinner or going to watch a movie. There didn’t have to be an occasion. Even if we weren’t in season, we needed to be around each other – we were automatic friends.” 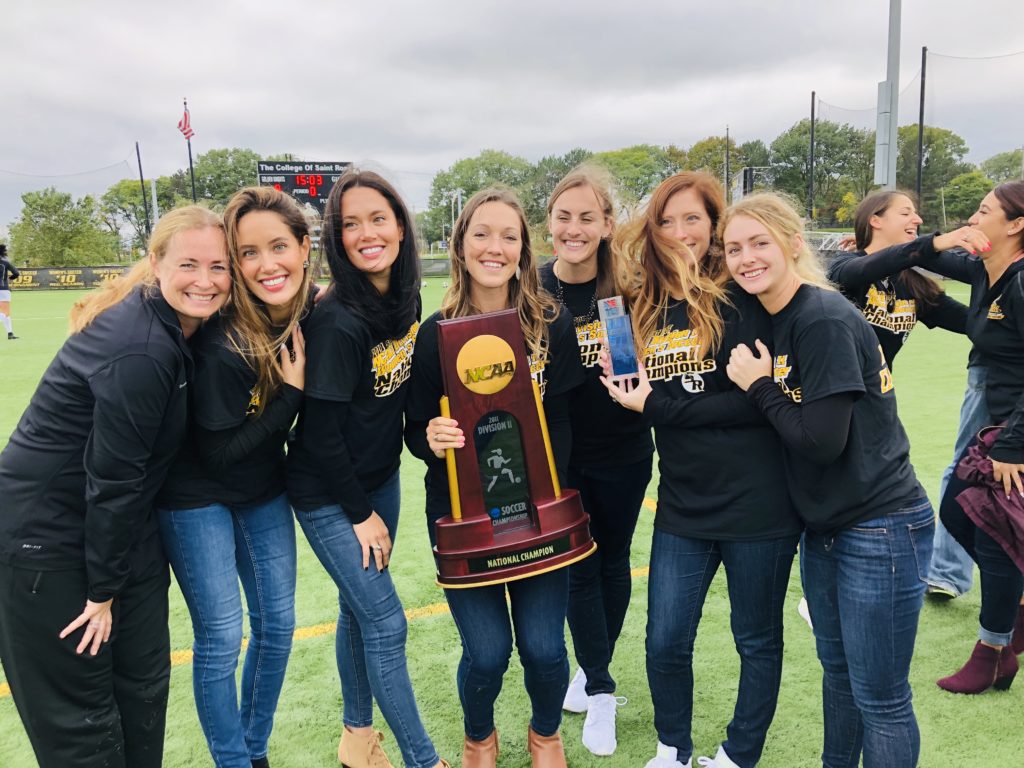 Years later, those bonds remain strong. “It doesn’t matter when you graduated or how long you played together,” said Meli. “If I ever needed something from somebody, I could call up G, T, Cola, or Kim, or Brit, or any of my other classmates. It would be no problem, even if we hadn’t spoken in years. It would be like it was yesterday.”

Today, Coach Laurie Darling Gutheil, who coached the team to the historic win and still leads the program today, talks about the players’ careers and accomplishments as alumni like a proud parent. She can count how many doctors are among her former rosters, how many teachers, who’s in graduate school, and where they’re all living now.

“We have a very special women’s soccer family at Saint Rose, and the success our players have earned on and off the field is remarkable,” she said. Now in her 22nd year leading the women’s soccer program at Saint Rose, she began the 2018 season fifth in wins among active NCAA Division II coaches with a record of 336-98-31. 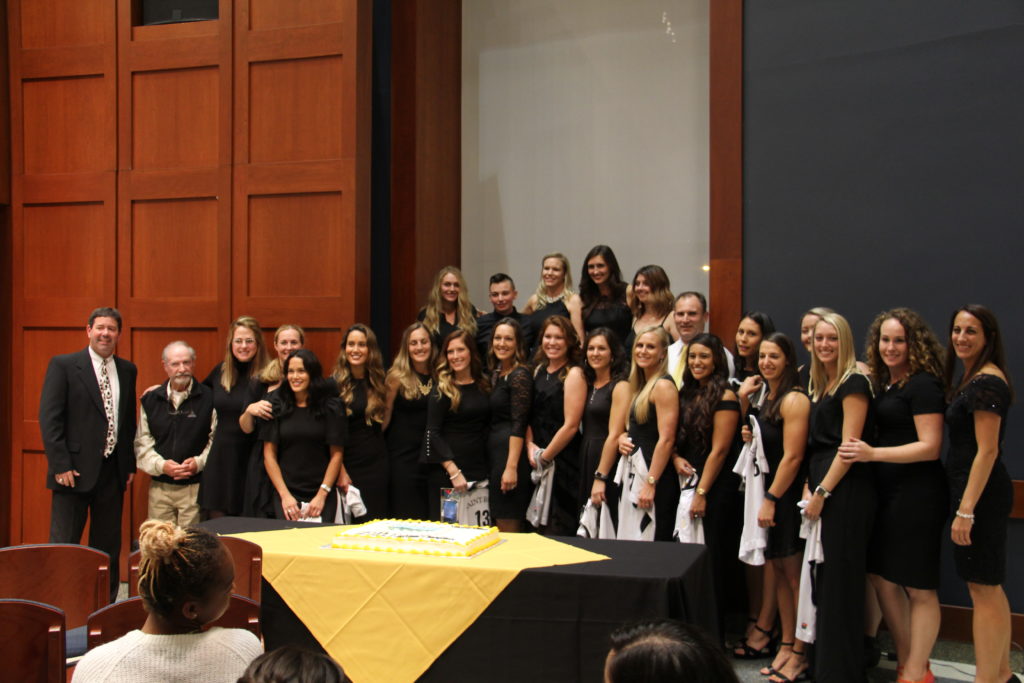 Reflecting on the amount of effort they put into their sport, the 2011 Golden Knights said they hoped the recognition of their win could serve to inspire today’s young soccer players at Saint Rose.

“It’s great to be able to show the underclassmen the level of commitment we made to the game,” said Nicola D’Errico. “It’s been a few years since there’s been a major championship won by the team, so I think it refocuses them on setting their goals really high to accomplish something like this again.”

“I’m hoping that these students that are here now realize that they should cherish these years. When you graduate, it’s gone. I would give anything to have that back,” said Puopolo.