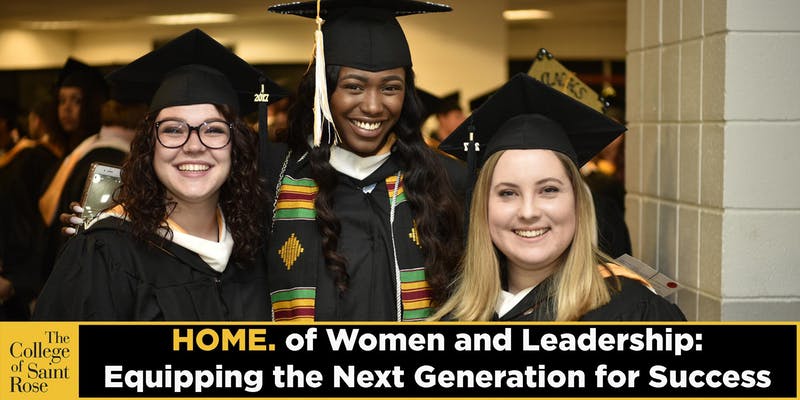 Three inspiring women leaders will serve as panelists for “Women and Leadership: Equipping the Next Generation for Success” at 5:30 p.m. April 26 at The College of Saint Rose. The event is free and open to the public.

• Denise Gonick, CEO and president, MVP Health Care: Gonick, an attorney, rose through the ranks at MVP to become its first woman leader in 2012. In 2017, she chaired the board of the Capital Region Chamber.

• Elizabeth Miller, president, Miller Mechanical Services Inc.: Miller, an alumna of Saint Rose, had a 30-year career as a speech-language pathologist before she assumed her husband’s business following his death in 2007. Since then, she has not only continued, but grown, the Glens Falls-based company.

The panelists will share their own experiences and answer questions about women’s leadership. Saint Rose President Carolyn J. Stefanco, a scholar of women’s history who speaks frequently at the local, national, and international level about women’s leadership and has made it the focus of her recent research, will moderate the discussion.

“Women and Leadership: Equipping the Next Generation for Success” is the 2018 William Randolph Hearst Lecture, which is held annually in partnership with Saint Rose trustee and Times Union publisher George R. Hearst III.

“For nearly a century, The College of Saint Rose has given women opportunities to develop themselves to their fullest potential,” Stefanco said. “Today, we watch the next generation of women leaders emerge in our classrooms. I am proud to moderate this panel, which brings together women who can offer critical advice to our students and to all who join us for this special event.”

The talk will be held in the Carl E. Touhey Forum, Thelma P. Lally School of Education, 1009 Madison Ave., Albany. Free parking is available in the La Salle Lot, located at the intersection of Western Avenue and La Salle Street. Register for the event at