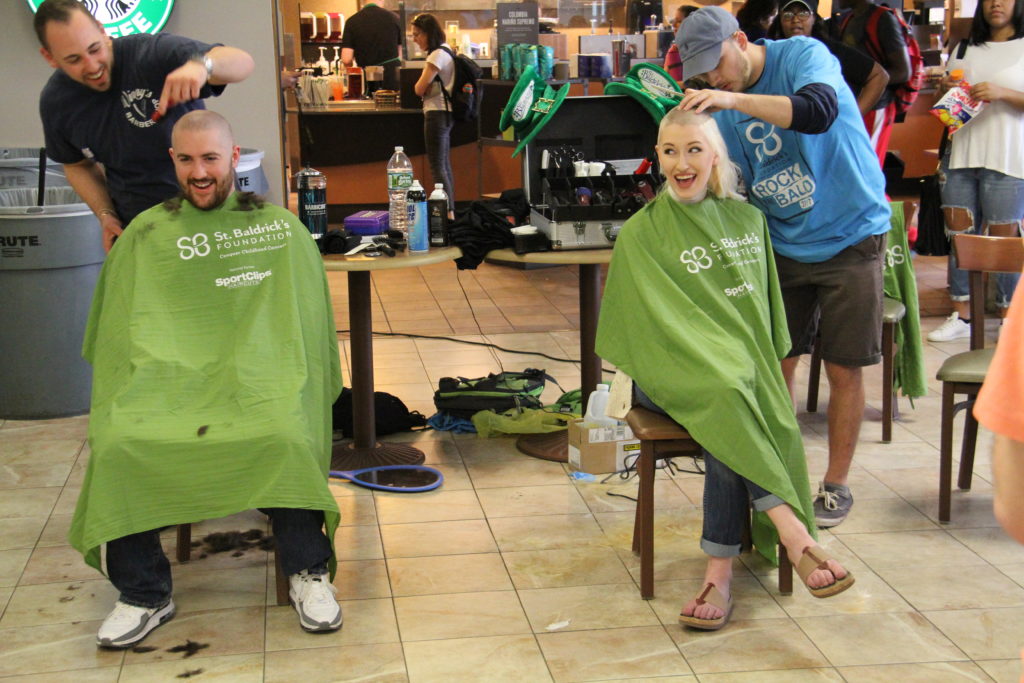 When Crystal Plowinske’s ‘18 mother learned she would need chemotherapy to fight her lung cancer diagnosis, she was encouraged by doctors to chop off her long blonde hair before she lost it to treatment.

“They told her, ‘You’re going to want to do it on your own terms’,” Plowinske said.

Her mother, Nancy Cunniff, had locks that fell below her waistline, and Plowinske took after her mom. Together, they went to the salon and donated more than three feet of hair to the nonprofit organization Locks of Love.

Cunniff’s hair loss was the beginning of a long and deflating battle with lung cancer, which eventually took her life. Plowinske still remembers what it was like to witness her mom lose a part of her physical self, and a part of her identity, to cancer.

“I saw how emotional it was for her, as a grown woman, to lose her hair and have to go through chemotherapy, radiation therapy, and battle cancer,” she said. “Since then, I have wanted to do something drastic to draw attention to it.”

On Tuesday, March 13, Plowinske will get her chance to make a statement. As a part of the St. Baldrick’s Day event at The College of Saint Rose, she will graciously shave off her long brunette locks to help raise awareness for childhood cancer research. She has raised $1,385 to date for the fundraiser with a goal of reaching $1,500. 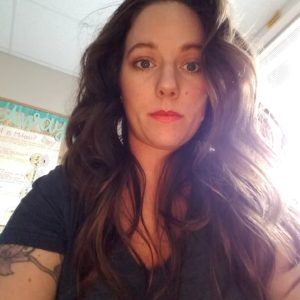 Crystal Plowinske ’18 will shave her head this St. Baldrick’s Day.

Plowinske is dedicating the event to her mother, who even when she was receiving treatment, would remind her there were young children battling cancer too. She is also dedicating the day to her childhood friend, who also lost his life to the disease.

“He was one of the sweetest little boys in the world,” she said.

St. Baldrick’s Day has become an annual event at Saint Rose. Each year, dozens of students line up and “brave the shave” to raise awareness and donate money to find a cure for childhood cancer.

For some students, shaving their heads means saying goodbye to hair they’ve been grooming and growing for the majority of their lives.

Like Tess Leavay ’13, who made the decision five years ago to shave her head just hours before the start of the event, and is still profoundly impacted by that day.

The day was a rollercoaster ride of emotions. She felt excited, scared, and anxious about what she may look like without hair. When she sat down in the barbershop chair, no one could have predicted what happened next.

The Golden Notes, a student a capella group on campus, started singing “I Dreamed a Dream,” from the Broadway Musical Les Miserables. Leavay, who was a part of the group at the time, joined in and took the lead. Emotions in the room ran wild, students with tears in their eyes watched in awe.

Leavay admitted that she felt apprehensive about losing her hair at first, but at that moment surrounded by her closest friends, her fears escaped her.

“I felt so supported it wasn’t scary at all,” she said.

What she experienced next, however, Leavay did not anticipate. People treated her differently.

She recalled one instance when a man she trusted, who in the past expressed his attraction toward her, now judged her new look. The experience helped her understand how it might feel for people who don’t have a choice losing their hair. Especially women who may feel like they’re losing a part of their femininity. 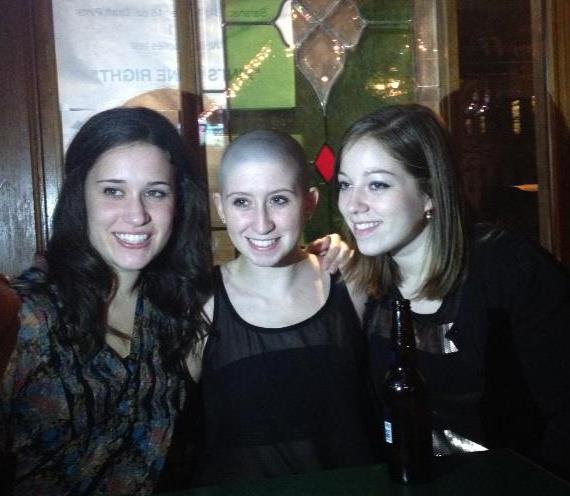 Tess Leavay ’13, middle, after her head was shaved

“At the time I wasn’t even thinking about how it would affect my life, but it ended up being empowering,” Leavay said.

Plowinske hopes her contribution to St. Baldrick’s Day will have a similar effect on her life. She welcomes people who might question her decision.

“I almost hope people walk up to me and ask, so I can say ‘I did this for the cause and hopefully, one day, to fund the cure,” she said.

Plowinske was 26 years old when her mom passed away and a few semesters short of receiving her degree from Saint Rose. The fallout from her mother’s death was overwhelming, and she decided to take time off from her studies to focus on work full-time.

At age 33, she came back to the College in Fall 2017 to finish her degree in Special Education and Childhood Education and is on track to graduate in May. But, first, she’ll celebrate St. Baldrick’s Day.

Her 2-year-old son, Trey Gambacorta, will be there Tuesday to support her just like she was there for her mom years ago.

“Little kids and other grownups with cancer they don’t have a choice,” Plowinske said. “Why not be a brave person like they are?”

What: St. Baldrick’s Day
Where: The Commuter Lounge, Events and Athletics Center, The College of Saint Rose
When: Tuesday, March 13 from 10 a.m. to 4 p.m.
Why: All proceeds will go toward childhood cancer research