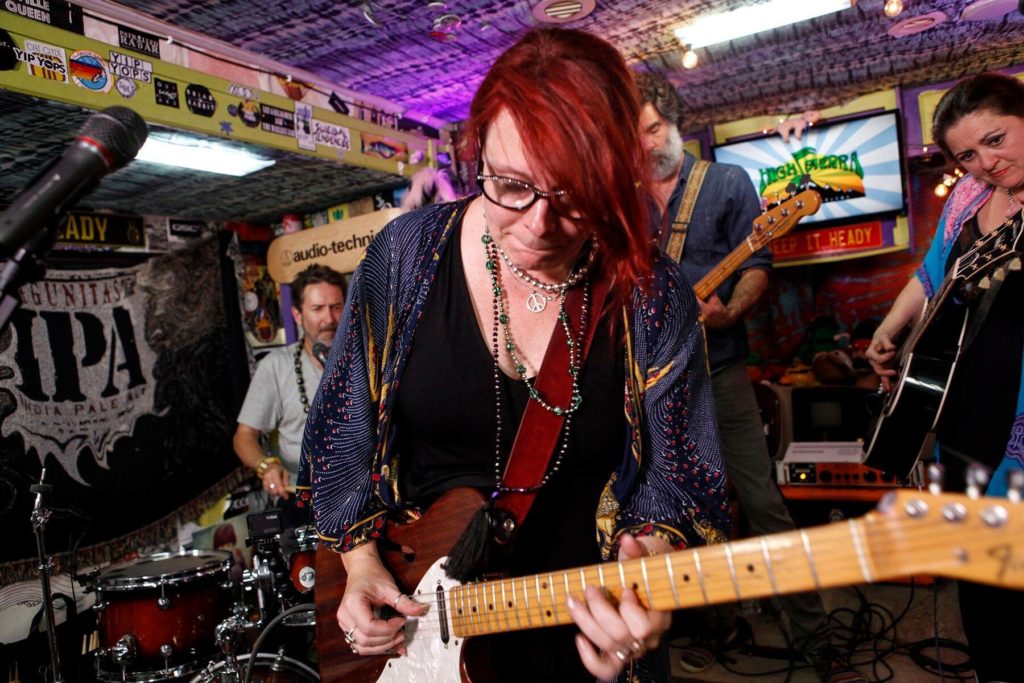 Blues singer-songwriter Carolyn Wonderland will perform at the Massry Center for the Arts on January 13, 2018.

Critics have compared Carolyn Wonderland’s soulful voice to Janis Joplin and her guitar slinging to Stevie Ray Vaughan. Her fans include Bob Dylan and Ray Benson, founder of Asleep at the Wheel. A singer-songwriter and high-energy performer, Wonderland reaches deep into the Texas blues tradition and enlivens her repertoire with dashes of humor.

Wonderland’s performing style, which will be on display at 8 p.m. Saturday, January 13 at the Massry Center for the Arts at The College of Saint Rose, is described as “hot tipped.” The L.A. Times called her “the real deal” in American music.
”
Though primarily a blues artist, Wonderland incorporates elements of country, swing, zydeco, surf, gospel, soul and cumbia into her work. She has surprised audiences by adding a trumpet to a lineup of instruments that includes guitar, slide guitar, mandolin and piano. Another signature: her unusual ability to whistle.

“Sure, there are lots of other pretty faces out there who can sing, and maybe they can even play a few leads on the guitar,” a review in the L.A. Times says. “But once you witness the raw emotional power and originality of Carolyn’s vocals and guitar playing, you are left stunned.”

Since hitting the national spotlight in the 1990s, Wonderland has released 11 albums, among them her 2008 breakthrough “Miss Understood” on the Mismeaux Productions label. The title song has remained a “Top 50” of the Roots Music Report chart ever since the album’s release. Wonderland’s other albums, including “Alcohol & Salvation” and “Bloodless Revolution” have also drawn wide acclaim. She has also received praise for her “Peace Meal,” an album Wonderland made with Ray Benson. Reviewers have noted that Wonderland seems to lose herself on her blue-rock performance.

Born Carolyn Bradford in Houston, Wonderland was influenced by her mother, a singer in a band. She played her mother’s vintage guitar as a small child and later dropped out of high school to pursue music.

Wonderland won Best Female Vocalist for both 2009 and 2012 at the Austin Music Awards. She has appeared on “Austin City Limits” and had her music used on several television shows, including NBC’s “Homicide.”