Grammy-nominated artist promises a rocking evening at the Massry Center 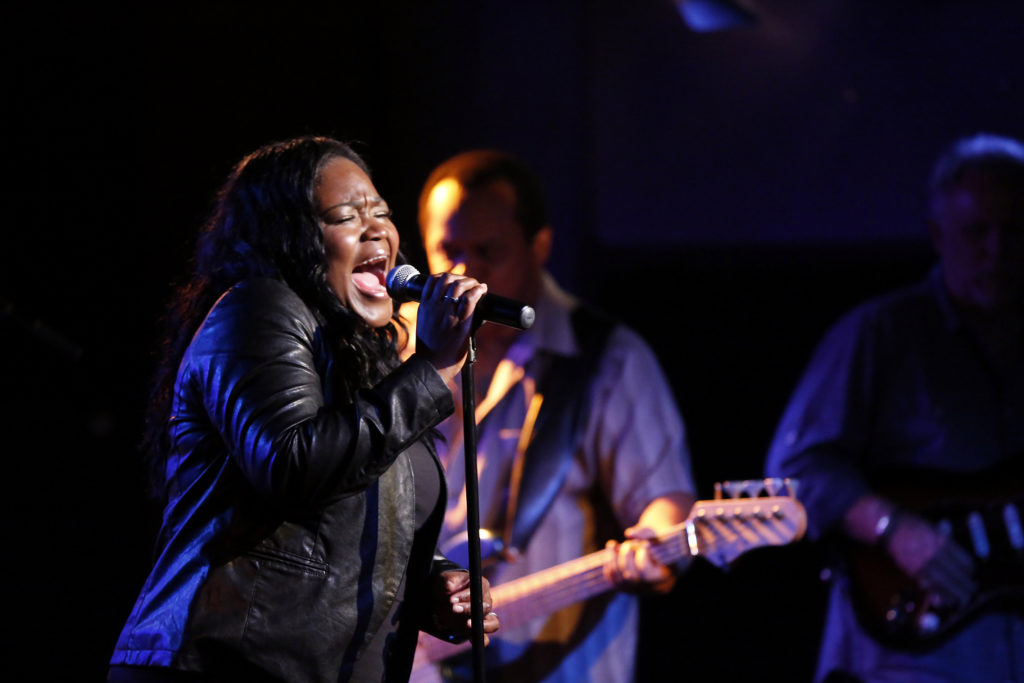 With “gale force singing and power” (The Chicago Tribune) and a “fiercely expressive” (NPR Music) presence, Grammy nominee Shemekia Copeland is alternately sultry, tender, and roaring. No matter the tune, she keeps it rocking – whether she’s bringing the spirit to a gospel-fueled R&B number, belting out the blues, or crooning a country-flavored ballad. With her unique interpretation of roots, soul, and contemporary blues, infused with an unflinching look at social injustice, she takes an edgy, modern approach to music and lyrics.

Three of her albums have been nominated for Grammy awards: “Outskirts of Love” in 2016, “33 1/3” in 2013, and “Wicked” in 2001; she has won the readers’ and critics’ Living Blues Awards year over year; her records have been produced by the likes of Dr. John and Steve Cropper. Copeland has opened for the Rolling Stones and sung with legends such as Eric Clapton, Bonnie Raitt, B.B. King, Buddy Guy, Mick Jagger, Keith Richards, Carlos Santana, and James Cotton.

In her Outskirts of Love tour, which she brings to Saint Rose on Dec. 16 immediately following her major engagement at New York City’s famed Iridium club, Copeland is at her most charismatic. A musical tour de force, the set features Copeland rocking out on the title tune, an anthem to the indomitable female spirit in the face of adversity; honoring her bluesman father, the late Johnny Clyde Copeland, with her Afrobeat-inspired version of his classic, “Devil’s Hand;“ confronting homelessness in “Cardboard Box;” and bringing her singular vision to songs immortalized by ZZ Top, Creedence Clearwater Revival, Albert King, Sonny Terry and Brownie McGhee, and others.

Hailing from Harlem, Copeland is a natural talent who began singing at an early age, performing at the age of only eight with her beloved father at the famed Cotton Club. When her father’s declining health began to slow him down, Copeland started opening – and sometimes stealing – his shows. “Dad wanted me to think I was helping him out by opening his shows when he was sick, but really he was doing it all for me, to get me that exposure,” she said.

Copeland debuted at age 18 with her CD, the critically acclaimed Turn the Heat Up. “Nothing short of uncanny,” mused The Village Voice; “She roars with a sizzling hot intensity,” wrote the Boston Globe. With thousands of performances at clubs, festivals, and concert halls around the world, Copeland brings her fire and electricity to the Saint Rose stage.

Where: Massry Center for the Arts, The College of Saint Rose