While an economic downturn and education policies once led fewer students to pursue teaching as a career, the tide is beginning to turn. 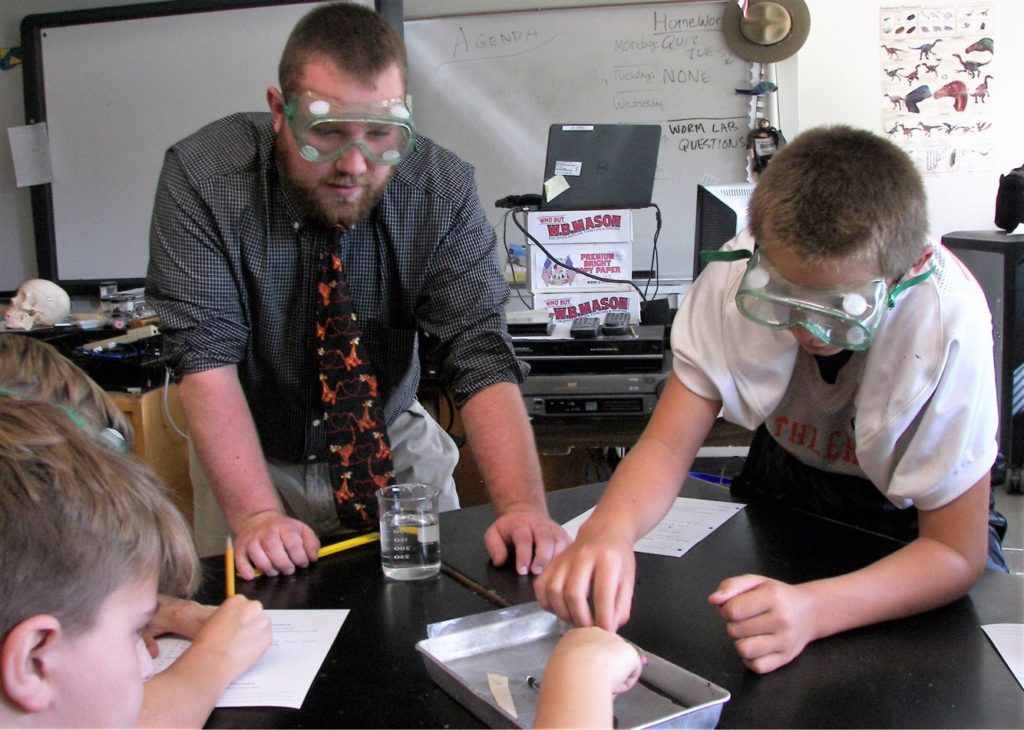 After trying out pharmacy school, Michael Bodine returned to his original plan to become a teacher. Now, the Saint Rose student, is a semester away from graduating.

By the time he was in 10th grade, Michael Bodine realized several teachers along the way had helped him grasp things he never thought he would understand, and he knew he wanted to teach. Then, the economy collapsed, and along with it, the job market for teachers. Many people, including his own teachers, urged him to consider a different career.

“I said, ‘I should be a pharmacist,’” Bodine, now 22, said recently. “Pharmacists were on the front lines of helping people, and I knew I could get a job.”

Bodine tried pharmacy school for a semester, and he was uninspired. By the following semester, in the winter of 2015, he was in the Saint Rose adolescence education program, pursuing what he loved in spite of the uncertainty. He found supportive professors, engaging classmates, and plenty of valuable field experience. Today, Bodine is a semester away from graduating, the economy has rebounded, and he is optimistic.

“I’m hopeful I’ll get a job quickly,” he said at the end of a day of student teaching at Bethlehem Middle School. “Last spring, everyone (at Saint Rose) who wanted a job got one.”

Across the country, new teachers, who until recently spent years as substitutes or even switched fields, are in demand. The Learning Policy Institute, an education think tank, projects a nationwide shortage of as many as 112,000 teachers by 2018.

The economy has recovered, and older teachers, who once worried about their financial security, are retiring. There are not enough replacements, since so many college students who might have entered education were discouraged by the scarcity of jobs, the challenges posed by new policies, and being judged on the basis of test scores.

“I can’t tell you how often principals call and say ‘Joe, we need a fifth-grade teacher, or even a sub,’” said Schaefer, a retired elementary school principal who is coordinator of childhood and early childhood student teaching at Saint Rose.

“The schools know our students and alumni are wonderful, and now they can hire them,” said his colleague, Associate Professor of EducationDr. Christina Pfister, who like Schaefer maintains strong ties to her students and graduates. 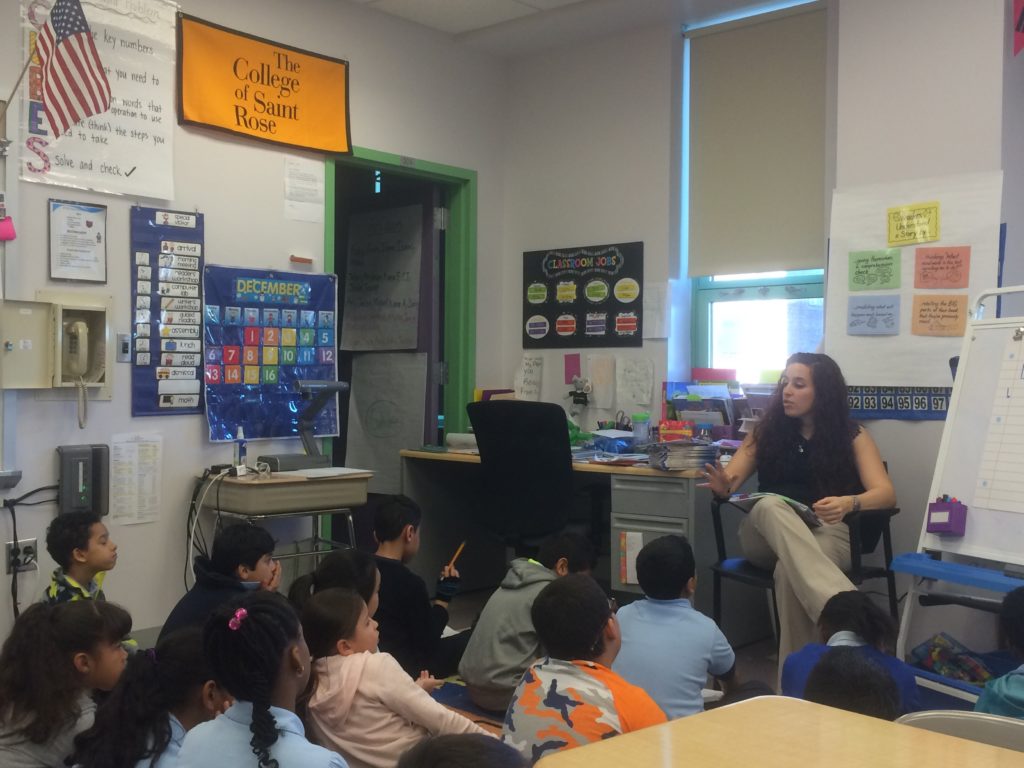 Sophia Paljevic’s love of teaching was not dimmed by the challenges of the job market when she graduated from Saint Rose in 2013.

Among these alumni is Sophia Paljevic ’12 G’13. Paljevic said that as she studied childhood education and then pursued her master’s degree in literacy she largely ignored people who told her that teaching does not pay well and warned that jobs were hard to come by. She focused instead on her goal – shaping children into strong learners and thinkers.

“I came here with an open mind and didn’t let myself get discouraged,” said Paljevic, of Pleasantville, who was drawn to Saint Rose by the strong reputation of its education programs.

After graduating, Paljevic saw plenty of classmates endure protracted job searches or give up entirely. She fully expected to struggle. In just a few months, though, she was hired as the AIS (Academic Intervention Services) teacher at P.S. 204 in the Bronx.

In two years, she had her own third-grade classroom.

“It is amazing to see people grow mentally and grow emotionally, and it’s amazing to have a part in it,” said the teacher, who also conducts research and serves on the board of directors of the Association of Teacher Educators, which works on teaching standards.

Paljevic’s name appears on a bulletin board her professors maintain outside their offices in the Thelma P. Lally School of Education listing who landed jobs where and when. Recent entries include positions in and around Albany and positions in Arizona and California. Entries are added nearly every week. This was not the case even a few years ago. 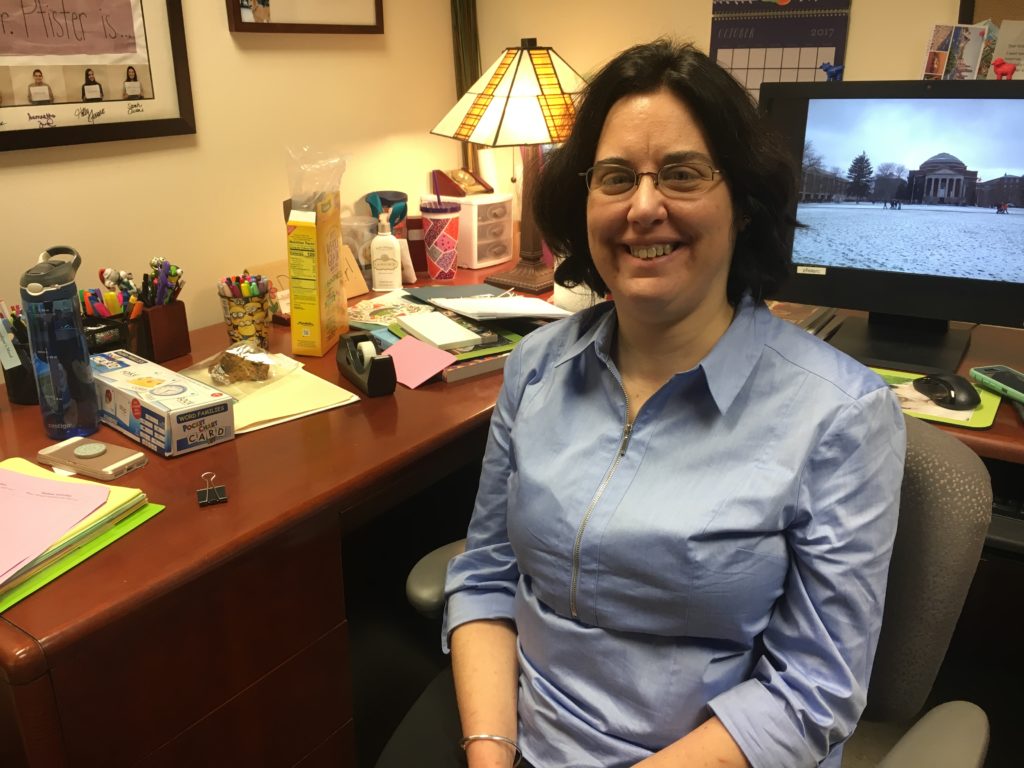 The policy shifts in education, dissuaded some students from pursuing teaching as a career, said Dr. Christina Pfister, an associate professor at Saint Rose.

The professors note that while the economy had been the main deterrent to prospective teachers, it is also true that the job was getting harder.

They point to the federal Race to the Top initiative in 2010 that produced a scramble for education dollars in New York and other states that was not beneficial to learning. The program built in standards teachers barely had time to absorb. The Common Core followed, with its heavy reliance on testing. Pressure grew, with talk of tying teacher reviews to students’ test results.

“All the requirements started taking away their ability to really teach,” said Pfister. “Our students in the field kept hearing it was so hard – and teachers sometimes forgot to tell them the good things.”

Then, thousands of parents refused to have their children take the tests, and teacher unions lobbied hard to revise the Common Core. Today, the testing has eased, and the state is backing off plans to evaluate teachers based on test scores. 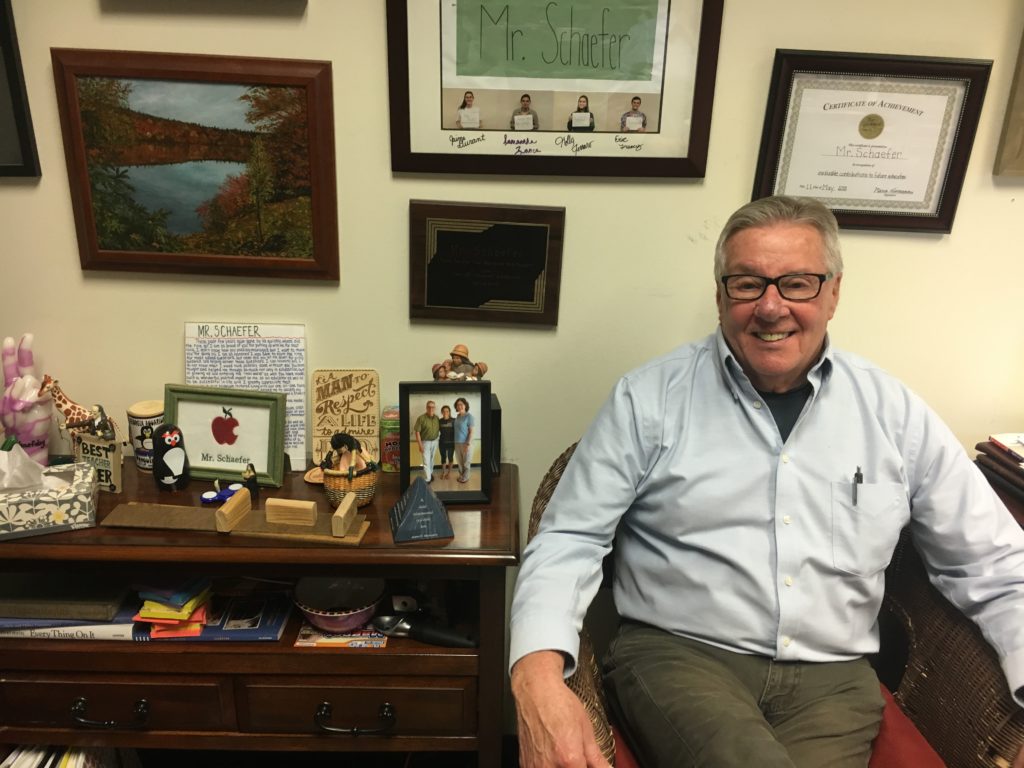 Despite the ups and downs of the marketplace and the policy trends, the joy of the profession remains a constant for teachers like Paljevic and the Saint Rose education students who expect to follow in her footsteps.

Now that he is in the classroom every day as a student teacher, Bodine finds himself recalling the teachers he had in Orange County, New York, who sparked his interest. There was the music teacher who pointed out misbehavior in a gentle way and made students laugh at themselves, and the English teacher who had classes act out the plays of Shakespeare and August Wilson in addition to reading books.

“I had an idea that I could do the same thing, and I started helping my friends,” he recalls. “And now I’m doing it. I really like the moment when someone gets a look on their face that shows they ‘get it.’ When you see the moment of clarity, there isn’t anything like it.”