June 20, 2017 — Farrah Mills, graphic design ’18, won gold at the American Advertising Federation’s American Advertising Awards in New Orleans on June 10. Farrah is the only entrant from the local district – student or professional – to win gold at the national level this year. She created an integrated branding campaign for Backwood Brews, a fictitious brewery, coffee roaster and restaurant.

“I am still in awe over this happening, and I cannot thank Saint Rose enough, most importantly the art department for having such amazing and supportive design educators,” Farrah said.

The American Advertising Awards (formerly the ADDYs) are a highly coveted honor in the field, attracting more than 40,000 entries every year from local ad club competitions. 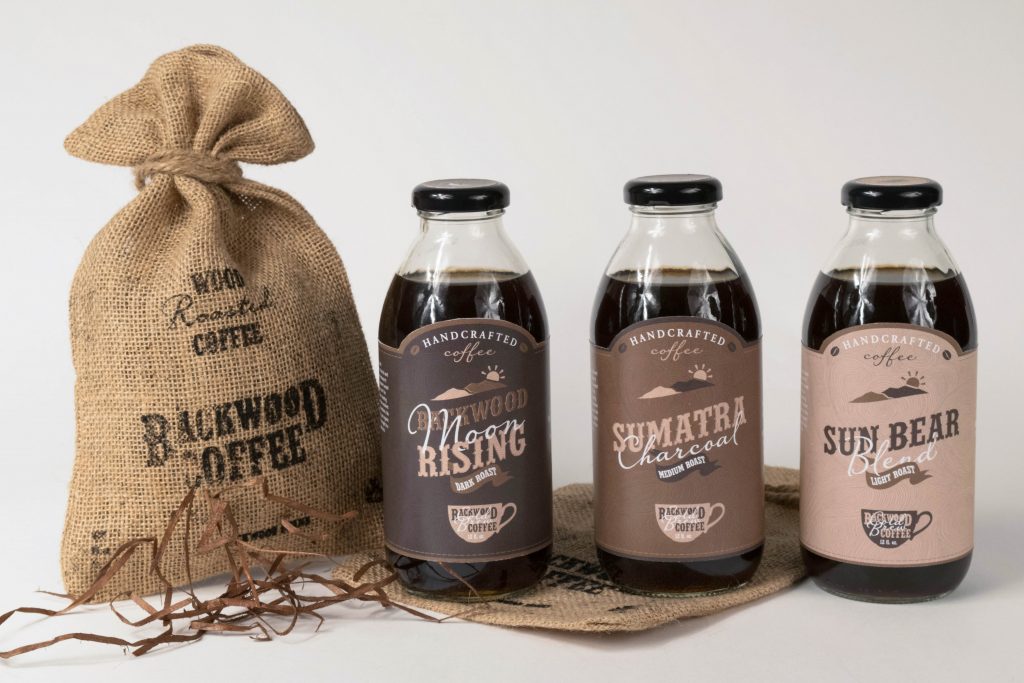 Farrah learned she was a national winner in May. With the support of the Center for Art & Design faculty and the School of Arts and Humanities, Farrah and her family attended the awards ceremony in New Orleans.

Farrah’s work included bottle labels, a menu and other packaging for Backwood Brews. She played up the concept of “backwood” by working natural materials into her design, such as menus made with the logo branded into wood.

“When the student work was presented, I thought for sure I was getting silver. But my name, The College of Saint Rose, and an image of Backwood Brews appeared on the screen, and my mother screamed,” she said. “Some people in the audience even cheered for my work. It was extremely rewarding.”

This summer, Farrah is an intern with Winstanley Partners in Lenox, Massachusetts.