ALBANY (April 20, 2017) — The College of Saint Rose will celebrate its 94th Annual Commencement on Saturday, May 13, by awarding bachelor’s and master’s degrees and certificates of advanced study from its arts and humanities, business, education, and mathematics and sciences schools to 1,500 students.

Eve Burton, senior vice president and general counsel of Hearst, will receive an honorary degree as approved by the board of trustees and will deliver the Commencement address.

The College also will bestow the Carondelet Medal, its highest honor, on Sister Charleen Bloom, CSJ, Ph.D., for her extraordinary service to Saint Rose and the world community.

The ceremony will be held at 10 a.m. in the Times Union Center, 51 South Pearl St., Albany, New York.

“I am so looking forward to celebrating Eve’s leadership, honoring Sister Char and applauding the accomplishments of our newest stars: the members of the Class of 2017, each of whom deserves our praise and cheers,” said Saint Rose President Dr. Carolyn J. Stefanco.

The Class of 2017 will join more than 42,000 alumni of Saint Rose living in 49 states, the District of Columbia, Puerto Rico, U.S. Virgin Islands and Guam and 35 countries.

Saint Rose will stream the ceremony live at www.strose.edu/commencementstream. 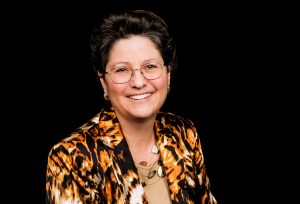 Eve Burton is senior vice president and general counsel of one of the nation’s largest diversified media, information and services companies, with more than 360 global businesses including newspapers, magazines, cable and local broadcast television.  She has overall responsibility of day-to-day management for the Office of General Counsel, which provides legal services to all of Hearst’s businesses around the world.  She also manages corporate human resource issues, labor relations and government affairs.

The Hearst Office of General Counsel has a dedicated initiative to the ongoing protection of First Amendment rights for its journalists and the preservation of a free press.  For its work, Burton’s office was awarded a lifetime First Amendment Award from the Reporter’s Committee for Freedom of the Press in 2016.  She and her team also have been recognized by the National Press Club and the New York Press Club.  Burton has won the Fulbright Award for her international work and was named an Outstanding Woman of the Bar by the New York County Lawyers’ Association.

Burton has been one of Hearst’s leaders in establishing worldwide strategic enterprise deals with partners.  Additionally, she is a member of Hearst’s Venture Committee which funds digital initiatives and is a leader of HearstLab, which fosters innovation and investment in early stage businesses led by women.

In addition to serving on the Hearst board of directors, Burton sits on the boards of Intuit Inc. and Gryphon Technologies LC and the advisory board of the David and Helen Gurley Brown Institute for Media Innovation at Stanford and Columbia Universities.

Prior to joining Hearst, Burton served as vice president and chief legal counsel at Cable News Network (CNN), where she oversaw all legal matters relating to news and other programming on CNN networks and websites.  From 1995 to 2000, Burton was deputy general counsel at the New York Daily News.  She began her career at the firm of Weil, Gotshal & Manges after serving as a law clerk for U.S. District Judge Leonard B. Sand in the U.S. District Court for the Southern District of New York.  Burton was a Fulbright Research Scholar at Thammasat University in Bangkok. 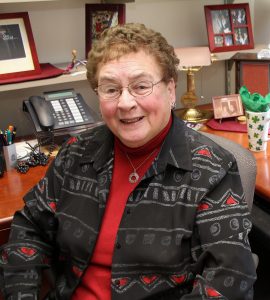 
In a distinguished career at Saint Rose and beyond, Sister Charleen Bloom, CSJ, has improved the lives of countless individuals who stutter or experience other communication disorders.  As author, speaker and innovator, Sister Char, as she is known, has influenced speech and language pathologists to look beyond the disorder and at the individual.  Under Sister Char’s leadership, the College also grew into an important center for learning about, and treating, the communication impairments that make it difficult for some people to interact effectively in society.

Sister Char came to Saint Rose to study education and became inspired by the Sisters of Saint Joseph of Carondelet.  After deep reflection, she decided to pursue religious life and took her vows, later completing her undergraduate degree from Saint Rose.  She earned advanced degrees in communication disorders: a master’s degree from The Catholic University in 1967 and a doctorate from the University of Illinois in 1970.  She returned to Saint Rose to establish the College’s undergraduate communication sciences and disorders program and expand the graduate program, while also helping secure New York state certification and licensure as well as national certification.  Sister Char’s pioneering workshops on stuttering have become a national model.

A lifelong learner, Sister Char also holds a master of social work degree from the University at Albany and today is engaged in research on the mental acuity of members of the Sisters of St. Joseph as they age.  She is the author of two books and a member of many professional associations.  Sister Char has won many honors, including the Frank R. Kleffner Life Achievement Award from the New York State Speech-Language-Hearing Association.