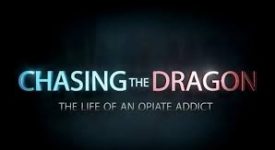 March 27, 2017 — The College of Saint Rose will host a screening of “Chasing the Dragon: The Life of an Opiate Addict,” a documentary depicting both the harsh reality of opioid addiction and the subtle and insidious path toward addiction.

“Chasing the Dragon” will be shown Wednesday, March 29, at 4:30 p.m. in the Saint Joseph Hall Auditorium, 985 Madison Ave., Albany, New York.  It will be followed by a speaker in long-term recovery who comes from a family with members in recovery.

The program is free and open to the public.

The 45-minute film, whose title refers to the never-ending pursuit of the original or ultimate high, features stark first-person accounts told by individuals who have abused opioids or whose children have abused opioids, with tragic consequences.  The film from the FBI and DEA is intended to generate discussion and educate those who are looking to become more aware of the dangers of prescription drug/heroin abuse and overdose.