ALBANY (January 10, 2017) — Back for a third year: two of the Capital Region’s best music venues – The College of Saint Rose Massry Center for the Arts and the Troy Savings Bank Music Hall – join forces again to present The Bridge Jazz Festival – two nights of outstanding jazz, one great event.

The action shifts west of the Hudson River on Saturday, February 25, to the Massry Center for the Arts at The College of Saint Rose, Kathleen McManus Picotte Recital Hall, 1002 Madison Ave., Albany, New York.  Maceo Parker and Cyrille Aimée will supply the sounds on the D’Arcy-Brady Stage starting at 7 p.m.

Purchase tickets now at www.massrycenter.org or www.troymusichall.org/shows_and_tickets.  For concert and ticket information, contact the Massry Center ticket office at 518-337-4871 or concerts@strose.edu.

Maceo Parker.  His name is synonymous with funky music; his pedigree, impeccable; his band, the tightest little funk orchestra on the planet.  Parker has played with each and every leader of funk, starting with James Brown, jumping aboard the Mothership with George Clinton, and his ongoing part in Prince’s tours.  For the past two decades, Parker has been enjoying a blistering solo career and building a new funk empire, one that is both fresh and stylistically diverse. He navigates deftly between James Brown’s 1960s soul and George Clinton’s 1970s freaky funk while exploring mellower jazz and the grooves of hip-hop.  Collaborations over the years have included Ray Charles, Ani Difranco, James Taylor, De La Soul, Dave Matthews Band and the Red Hot Chili Peppers. 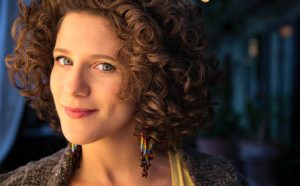 As a child in Samois-sur-Seine, France, Cyrille Aimée would sneak out her bedroom window to wander into the nearby gypsy encampments filled with those attending the annual Django Reinhardt Festival.  She quickly fell in love with gypsy music and way of life.  Years later, she would sing on street corners with musician friends while traveling across Europe.  When Aimée auditioned for the French version of “American Idol,” she became a finalist. Informed she would have to sing only what she was told, her gypsy spirit rebelled – and in what was a cause célèbre, she walked from the competition. She now happily tours the world with her band as well as in a duo setting with Brazilian guitarist Diego Figueiredo. Aimée’s talents also recently caught the attention of Stephen Sondheim, who cast her in an Encores Special Presentation starring Bernadette Peters at New York City’s City Center in November 2013.  In 2014, The New York Times referred to Aimée’s major label release It’s a Good Day as “a bravura turn, presented with a smile.” 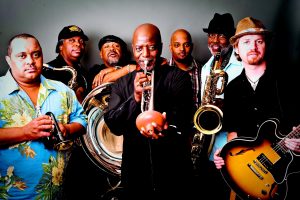 In 1977, The Dirty Dozen Social and Pleasure Club in New Orleans began showcasing a traditional Crescent City brass band. The club decided to call the group its house band, and over the course of these early gigs the seven-member ensemble adopted the venue’s name: The Dirty Dozen Brass Band.  Thirty-five years later, The Dirty Dozen Brass Band is a world- famous music machine whose name is synonymous with genre-bending romps and high-octane performances. They have revitalized the brass band in New Orleans and around the world, progressing from local parties, clubs, baseball games and festivals in their early years to touring nearly constantly in the U.S. and in more than 30 other countries on five continents.  The Dirty Dozen have been featured guests on albums by David Bowie, Elvis Costello, Dr. John, Widespread Panic, Modest Mouse, Dave Matthews Band and the Black Crowes among others. 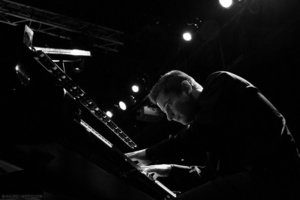 The New York Times described New York-based pianist and Grammy-nominated artist Eldar Djangirov as “a blend of musical intelligence, organizational savvy, enthusiasm and prowess that was all the more impressive for seeming so casual… an ebullient impressionist.”  When Djangirov (pronounced JOHN-gear-ov) was signed to Sony Masterworks at the age of 17, the young pianist from Kansas City was already well known for his prodigious pyrotechnics and precocious knowledge of the bebop tradition.  Along the way, he’s had the good fortune to work with the masters including Dr. Billy Taylor, Michael Brecker, Marian McPartland, Dave Brubeck, Wynton Marsalis, Joshua Redman, Chris Potter, Nicholas Payton, Harvey Mason, Chris Botti, Joe Locke, Ron Carter, Pat Martino, Roy Hargrove and many others.  Through these and other opportunities and musical experiences, Djangirov continues to explore new frontiers through composing and performing, enabling him ultimately to realize his own musical vision.