Women Executives to Share Insights on Women and Leadership 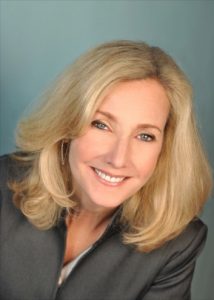 ALBANY (August 31, 2016) — Julie C. Seitz, “industry-changing” executive for Coca-Cola, will be the featured speaker at an evening focused on women’s leadership when she delivers the fourth annual William Randolph Hearst Lecture at The College of Saint Rose.

The program is free and open to the public. The event is the result of a collaboration between Saint Rose, Hearst, the Times Union and Women@Work.

Seitz will discuss her unconventional career path at the Coca-Cola Company, which has led to her current position as the global director responsible for planning, designing, building and operating Coca-Cola workplaces around the world. Seitz will take the audience along on her journey that enabled a charter for a paint-and-carpet headquarters refresh to become, ultimately, a global strategy for workplace transformation and corporate boldness – from project initiation to leadership adoption, associate and stakeholder engagement, cross-functional team execution and on to global change.

Afterward, Seitz will join a panel of women leaders who will offer their perspectives on innovative leadership:

As Coca-Cola’s director of workplace strategy and operation, Seitz was tasked with the physical renovation of the company’s flagship Atlanta campus. She recognized a unique opportunity to leverage the workplace as a catalyst to achieve the company’s ambitious business goals. Seitz built her team and collaborated with key strategic partners to steadily make the case for her vision and achieve consensus through the highest levels of the C-suite.

Today, the modernized common spaces are bright and open, encouraging physical movement and the exchange of ideas. The project has been described as “industry-changing” in corporate real estate circles, and numerous companies and professional organizations have begun to use it as a model.

Seitz serves on the board of the Atlanta Beltline Partnership, chairs the Georgia board of Youth Villages, is active with the Girl Scouts of Metro Atlanta and is a graduate of the 2013 class of Leadership Atlanta. She was recognized recently among the Atlanta Business Chronicle’s 2015 “Women Who Mean Business” and inducted into the YWCA’s 2016 Academy of Women Achievers.” The Atlanta Chapter of CoreNet awarded Seitz its “Corporate Real Estate Executive of the Year” honor in 2015.

Seitz is a graduate of Clemson University, an avid football fan and sports car enthusiast.

Eve Burton has overall responsibility of day-to-day management for the Office of General Counsel, which provides legal services to all of Hearst’s businesses around the world. She also manages corporate human resource issues, labor relations and government affairs. A member of Hearst’s board of directors, Burton has been one of Hearst’s leaders in establishing worldwide strategic enterprise deals with partners, is a member of Hearst’s Venture Committee, which funds digital initiatives, and is a leader of HearstLab, which fosters innovation and investment in early state businesses led by women. The Hearst Office of General Counsel also has a dedicated initiative to the ongoing protection of First Amendment rights for its journalists and the preservation of a free press, and was awarded a lifetime “First Amendment Award” from the Reporter’s Committee for Freedom of the Press in 2016.

Ellen Levine made publishing history in October 1994 when she became the first woman to be named editor-in-chief of Good Housekeeping since the magazine’s inception in 1885. She has been involved in launching new editorial products at Hearst Magazines over the years, including initiating the development of O, The Oprah Magazine, in 2000, which made history as the most successful magazine launch ever. She became the first editorial director of Hearst Magazines in July 2006, strengthening current titles and developing new editorial products, as well as evaluating opportunities for brand extensions, developing books and magazine cross-promotions, and monitoring shifting consumer needs. Most recently, Levine was instrumental in the successful launch of Dr. Oz THE GOOD LIFE, Food Network Magazine and HGTV Magazine.

Carolyn J. Stefanco is the 11th president of The College of Saint Rose. Previously, Stefanco served as vice president for academic affairs at Agnes Scott College, as founding dean at California State University, Stanislaus, and as a faculty member at California Polytechnic State University, Wheaton College, and Oklahoma State University. She has played leadership roles in higher education organizations, such as the Association of Chief Academic Officers, the Council of Independent Colleges, and the National Association of Independent Colleges and Universities. Stefanco serves as a member of the Board of Trustees of the American University in Bulgaria, is a board member of the Center for Economic Growth and Women@Work, and is on the Executive Committee of Albany Promise. She received a Ph.D. in history from Duke University, and was a Senior Fulbright Scholar to the University of Zagreb in Croatia. Her research and writing focuses on women and leadership.

For more information, contact the Saint Rose Office of Institutional Advancement at 518-454-5204.