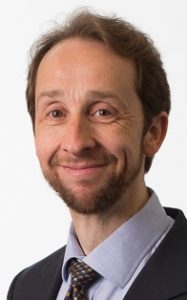 ALBANY (August 23, 2016) — The College of Saint Rose will mark Constitution Day with a conversation with David Kravitz, former law clerk for U.S. Supreme Court Justice Sandra Day O’Connor, on his experience at the Supreme Court and how the Court’s decisions on race have affected college admissions, voting rights and LGBTQ rights.

During the hour-long conversation, Kravitz will share what it was like to clerk for the first woman appointed to the nation’s highest court. He will discuss some of the cases that came before the Supreme Court while he was a law clerk. Kravitz also will review recent Supreme Court decisions on affirmative action, college admissions, voting rights and LGBTQ rights and pending cases.

Kravitz was a law clerk for Justice O’Connor in 1994-95 and for then-U.S. Court of Appeals Judge Stephen Breyer in 1993-94. After his clerkships, he worked as a litigation associate at Ropes & Gray in Boston, as deputy legal counsel to Massachusetts governors William Weld and Paul Cellucci and as counsel to Murphy & King in Boston. In 2004, he co-founded BlueMassGroup.com, a widely read political blog covering Massachusetts and national law, politics and policy. Kravitz earned his law degree from the University of Michigan Law School in 1993.

The September 16 program is free and open to the public.

For more information about the Constitution Day program, contact Dr. Shai Butler at 518-337-2306 or email butlers@strose.edu.