Ari Berman, Senior Writer for “The Nation,” to Talk on Voting Rights Act and Impact on 2016 Elections 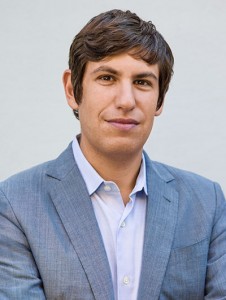 ALBANY (April 11, 2016) — Ari Berman, senior contributing writer for The Nation magazine and author of Give Us the Ballot: The Modern Struggle for Voting Rights in America, will discuss the Voting Rights Act, recent U.S. Supreme Court decisions and the expected impact on the 2016 elections in a lecture at The College of Saint Rose.

Berman will deliver his talk, “The Modern Struggle for Voting Rights in America,” Wednesday, April 20, at 7 p.m. in Saint Joseph Hall Auditorium, 985 Madison Ave., Albany, New York. The lecture is free and open to the public.

In addition to his reporting for The Nation, Berman is a Reporting Fellow at The Nation Institute. He has written extensively about American politics, civil rights and the intersection of money and politics. His stories also have appeared in The New York Times, Rolling Stone and The Guardian, and he is a frequent political commentator on MSNBC, C-SPAN and NPR. Give Us the Ballot: The Modern Struggle for Voting Rights in America, was published in August 2015 by Farrar, Straus and Giroux. Writing in The Washington Post, Rep. John Lewis of Georgia called Berman’s book a “must-read” that should be “a primer for every American.” Berman’s first book, Herding Donkeys: The Fight to Rebuild the Democratic Party and Reshape American Politics, was published in October 2010 also by Farrar, Straus and Giroux. Berman holds a bachelor’s degree in journalism and political science from the Medill School of Journalism at Northwestern University.

For more information about the April 20 lecture, contact Dr. Angela Ledford in the Saint Rose Department of History and Political Science at ledforda@strose.edu or phone 518-458-5326.