With Her Own Line of Athletic Wear, Saint Rose Grad Andrea Kuchinski Motivates Women of All Body Shapes and Sizes

People don’t go out and exercise in order to look like other people. They do it to stay healthy, feel good and look good. And they like to wear things that make them look and feel good while they are doing it.

But there was Andrea Kuchinski ’06, once again, buying a frumpy men’s T-shirt to wear at the gym because there were no nice workout clothes in her size. And Kuchinski can tell you wearing that kind of T-shirt to the gym definitely does not feel nice. That day was especially harsh because the friend she shopped with, a size 4, came away from the large sporting goods store with a whole pile of cute, stretchy clothes. 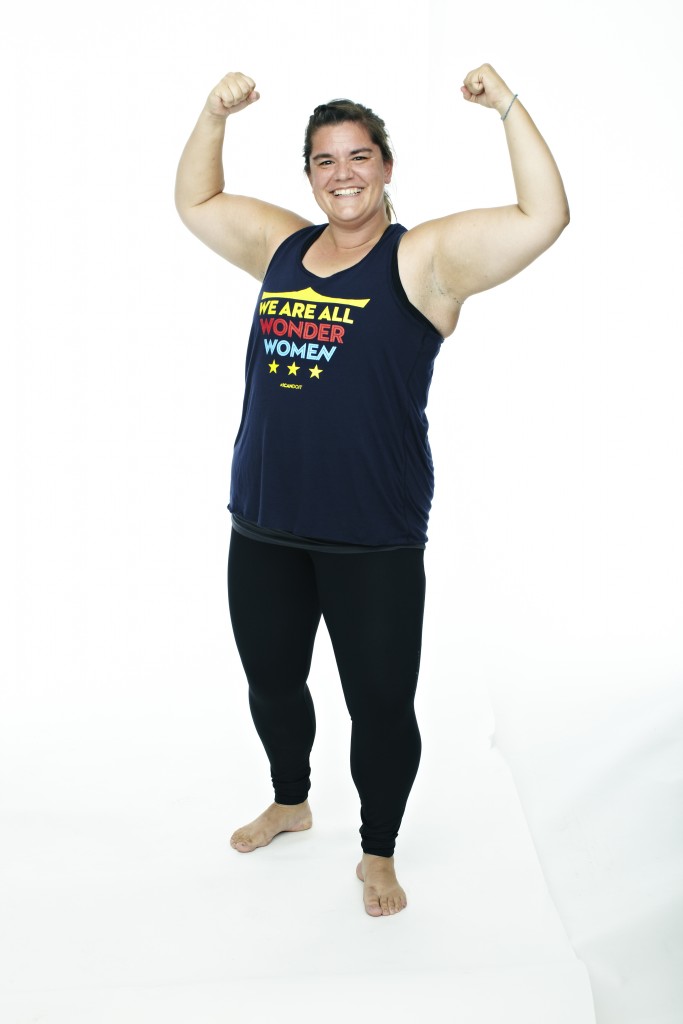 Kuchinski, a CrossFit competitor capable of deadlifting 320 pounds, is not just a creative and funny athlete. She is inherently proactive. She made that dowdy T-shirt her last, found a manufacturer to sell size 2XL tank tops in 10 colors and a printer to add sayings to the shirts.

“The top not only fit, but was motivating and got attention,” Kuchinski, a Saint Rose graphic design major, later wrote in a Washington Post op-ed. “Soon, I began to get the ‘I love your shirt! Where did you get it?’ comments. Then, the ‘Oh I want one. Do you sell them?’”

Thick to Thin (T2T) sells a rotating line up of soft tank tops, T-shirts, sweatshirts and workout pants priced at $27 to $42. Instead of sporting a company logo, as Under Armour and Nike do – “Why be a walking advertisement for them?” Kuchinski states – T2T customers choose what they want to say when they hit the weights and elliptical trainer: “Stronger than the Boys,” “Strong is the New Skinny,” “Me Against Myself” are among the slogans they can select. Kuchinski cycles them out and adds new ones.

And, instead of appealing only to the ripped athletes that some brands market to, or the plus-sized shoppers targeted by some large retailers, T2T clothing comes in sizes XS to 5 XL. The website makes this clear, featuring an array of women you might actually see at the gym.

“We are all athletes,” reasoned Kuchinski, a basketball and soccer player in high school.

Born in Owego, Tioga County, she gravitated toward graphic design from an early age. At Saint Rose, she learned to conceptualize her ideas and understand herself. Kuchinski is especially grateful to Professor Ann Breaznell and to the late Karene Faul, founder and chair of the College’s art and design department, for their kindness.

“Karene embraced everyone for their individual selves and I always felt I could connect with her,” she said.

After graduating, Kuchinski joined a few design firms in the Washington area. Her big name clients included GEICO and the NFL. As her career advanced, though, she gained weight she found difficult to lose. Kuchinski also found it increasingly difficult to get herself to the gym.

To get moving, she began writing a blog about her weight control struggle and was surprised when a community of readers gelled around her words. They often told her they felt the same away.

“I wasn’t super coy about what I was saying,” she noted. The Washington Business Journal saw the blog and wrote a story about Kuchinski. 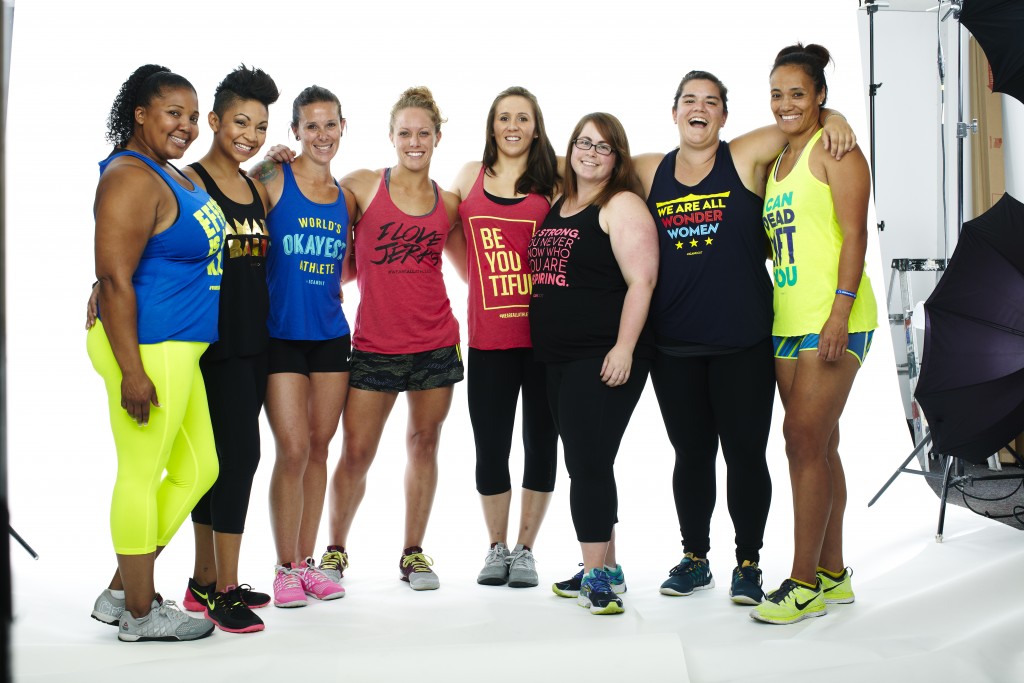 Next, Kuchinski published her op-ed in The Washington Post about the day her friend left the sporting goods store with tiny yoga pants and she left, in tears, with the T-shirt from the men’s section. The Chicago Tribune and Fortune magazine picked up the piece.

“Exclusion and frustration are nothing new to the plus-size customer,” she wrote. “Separate stores, limited inventory, ill-fitting garments and higher prices – much of the retail industry more or less refuses to service this customer.”

Rather than respect the active women who don’t fit the 4 to 14 size range, she cited retailers who charge more for larger clothes or who simply make the same clothes bigger rather than proportion them. Some labels, she noted, even flaunt their exclusion of large women by saying “not all bodies are suited” to their apparel.

“A lot of them told me what I was doing was stupid, that I shouldn’t offer so many sizes or I should charge more for larger sizes,” Kuchinski explained. “They wanted me to take my movement and change it. I said no.”

Instead, she sticks to a more modest budget by offering the workout clothes on a made-to-order basis. But sales are brisk and Thick to Thin has trademarked a few designs, including “We Are All Athletes.”

Kuchinski recently replaced an outside manufacturer with her own distributor, a step, she hopes, toward the day when she draws an investment partner.

Along the way, the experience has had a strong influence on her own thinking.

“My mindset used to be ‘I want to be skinny,’” she said recently, as she was working on her summer line. “Now I embrace this mantra: We want healthy bodies. ‘Healthy’ comes in many shapes and sizes.”