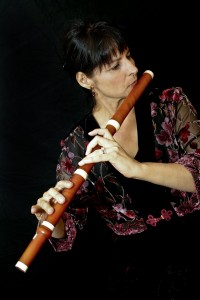 The College of Saint Rose presents an evening with the Empire Baroque, the Capital Region’s period instrument baroque ensemble, in a concert of music by German and French composers of the early to mid-1700s.

The ensemble will perform Friday, April 8, at 7:30 p.m. in the Kathleen McManus Picotte Recital Hall, Massry Center for the Arts, 1002 Madison Ave., Albany. The concert is open to the public. Free admission.

Program for the evening is:

Founded in 2009, Empire Baroque is an Albany-based ensemble of musicians who perform on baroque period instruments, including baroque flute, baroque violin, viola da gamba, baroque cello, theorbo and harpsichord. The ensemble has appeared at The Massry Center for the Arts at Saint Rose, The Boston Early Music Festival Fringe Concert Series and venues in the Capital Region.

For more information, visit www.strose.edu/music or contact the Saint Rose Music Department at 518-454-5178.