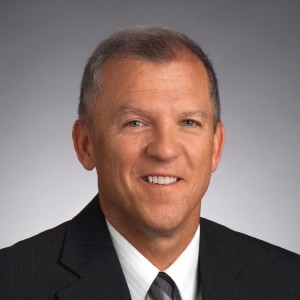 ALBANY (March 23, 2016) — The College of Saint Rose Huether School of Business presents a talk by Michael Hickey, president and CEO of the Capital Region’s Center for Economic Growth, on the region’s growth potential through its Capital 20.20 economic development strategy.

Hickey’s lecture is the 16th Peter M. Tully Endowed Lecture in Financial Services and Economic Development sponsored by the Huether School of Business.

The program is free and open to the public, but seating is limited. Reserve a place by Friday, April 8, by e-mail to Hans Leibold at leiboldh@strose.edu or phone 518-485-3826.

Hickey took on the role of CEG’s president and CEO in 2015 after serving as its board chair.  He has served as an officer for two public companies and was a key leader in a business that bought more than a dozen companies.  In his previous role as president of Pitney Bowes Software from 2007 to 2010, Hickey managed a global software business to record revenue of $400 million with more than 1,900 employees and merged two former public software companies (MapInfo and Group1 Software) into one integrated global business that became one of the 70 largest software companies in the world.  In 2008, Hickey was named to the Tech Valley Hot 10 list of executives and government officials who make things happen in Tech Valley.  In 2012, Hickey was invited and participated in the Clinton Global Initiative to help work on solutions for entrepreneurship in America.

Hickey was with MapInfo beginning in 1995 and served as COO from 2002 through the acquisition by Pitney Bowes in 2007.  Prior to joining MapInfo, Hickey worked at AlliedSignal (now Honeywell) for nine years in various management positions.  He developed functional experience in sales, industry marketing, product management and business planning.

Additionally, Hickey was president of The Hickey Group, an executive consulting firm that helped CEOs maximize their growth potential through strategy, execution, teamwork and leadership.  He also is an investor and one of the initial members of the Eastern New York Angels, an investment fund and mentor network for business start-ups.  Numerous organizations have benefited from Hickey’s business acumen and leadership in his service as a board member, including the Albany-Colonie Regional Chamber of Commerce, AeA’s (TechAmerica) New York Council Executive Committee, Tech Valley Portal Committee, American Marketing Association, Siena College board of associate trustees and several private technology companies.  n 2015, Hickey was co-chair of the Capital Region Upstate Revitalization Initiative Advisory Council, helping to create the Capital 20.20 plan.

Saint Rose has sponsored this lecture series since 1989. In 1998, it was named for Peter M. Tully, former senior vice president of municipal finance for First Albany Corp. and an authority on tax-exempt bonds.  He was the husband of the late Anne Tully, who was assistant vice president for graduate admissions at Saint Rose.  First Albany Corp. established an endowed memorial fund after Peter’s death in December 1997 to provide scholarships for prospective students in the College’s Huether School of Business desiring to pursue a master’s degree in business administration.  After Anne’s death in October 2004, the scholarship was renamed the Peter and Anne Tully Endowed M.B.A. Scholarship to honor her dedication and commitment to Saint Rose.