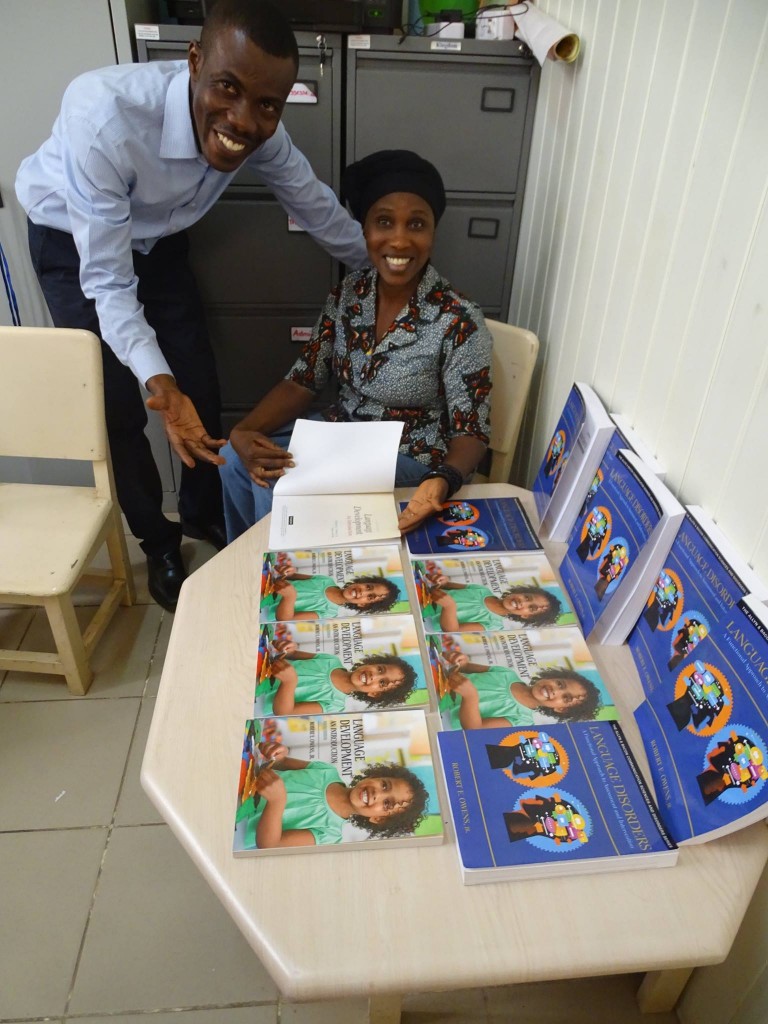 The power of words: Two faculty members at the University of Ghana show textbooks they will use as part of that country’s first-ever program in speech-language pathology. They were written by Dr. Robert Owens, a Saint Rose communication sciences and disorders professor and widely published author.

Now, the University of Ghana is launching a master’s program in speech-language pathology – that nation’s first – that will see the five therapists grow to 15, then 30 and then 45. And when students study the language development of infants and toddlers, they will use textbooks by Dr. Robert Owens, a Saint Rose communication sciences and disorders professor and widely published author.

Owens’ books were selected because of their universal appeal.

“I spent a long time trying to find the right book that would readily speak to the experiences of Ghanaian kids, not just American kids,” said Dr. Catherine J. Crowley, a professor in the communication sciences and disorders program at Teachers College Columbia University who is helping establish the program in Africa.  “Dr. Owens’ texts look at the child and family without an inordinate focus on the system in the U.S.  And they have a way of describing child language that people new to the field could understand and use as a reference tool.”

The program starts next fall, with an initial focus on working with adults. When the emphasis shifts to early childhood language development, Crowley will invite Owens to Accra to train faculty – who represent four of the nation’s five speech pathologists.

A renowned specialist in language development from infancy to preschool, Owens is the author of four textbooks that have been translated into five languages. His scholarship and advocacy for early intervention recently earned him the top honor of the American Speech-Language-Hearing Association (ASHA.) ASHA also chose him to present a Trailblazer session, reserved for the most forward-thinking work. Owens has worked in the prestigious communication sciences and disorders program at Saint Rose since 2012.

Crowley had been familiar with Owens’ work for many years. After selecting two of his textbooks, “Language Development, an Introduction,” ninth edition, and “Language Disorders: A Functional Approach to Assessment and Intervention,” sixth edition, both published by Pearson Education, she emailed him requesting discounted copies for the Ghana program, which has limited funding. She was surprised when he sent her a box full at no cost.

“I was really caught by surprise when he so generously offered to buy the books and to ship them to me,” she said. “I was really moved by his generosity. “

Owens, in turn, was surprised several weeks later when he received a photograph of two University of Ghana faculty members with a display of the textbooks. 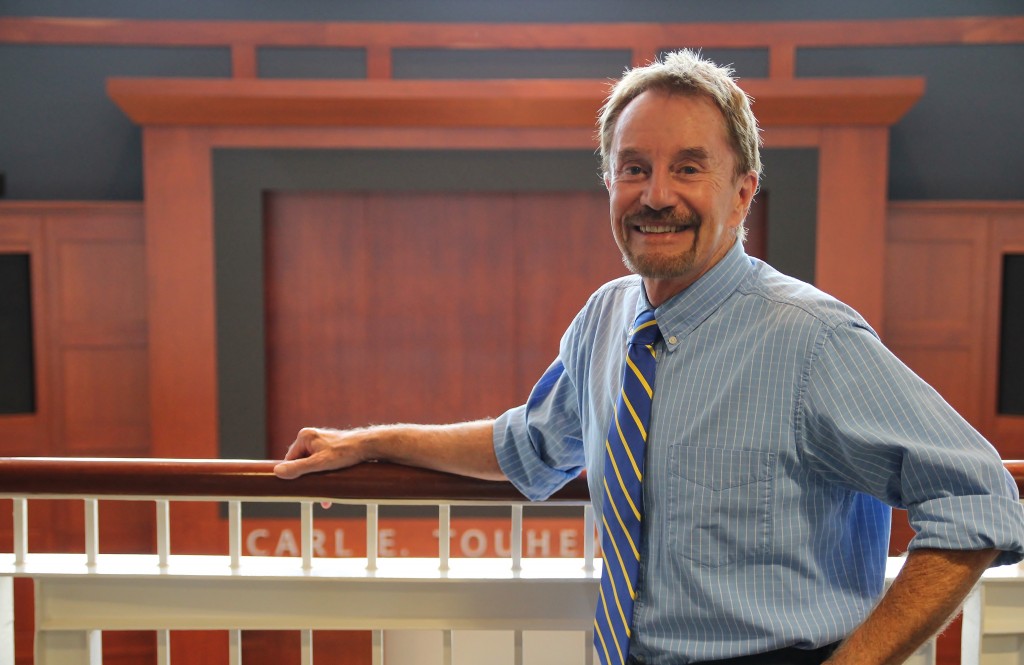 “I was thrilled. I know they were being brought over there by the folks at Columbia, but I thought. ‘Oh well, there will be a box of books,’” said Owens, “Dr. Bob” to the children he works with. “What makes me happy is that they are addressing intervention with children because in many developing countries therapy is only available in private schools.”

Boosted by its agriculture and natural resources, Ghana represents one of Africa’s fastest growing economies. In contrast to some neighboring countries, where citizens still struggle to meet basic needs, Ghana is now able to approach speech and language pathology, which can afflict people who have cerebral palsy, autism and Parkinson’s disease.

Several Ghanaian speech language therapists recently earned master’s degrees in England and returned home to form the faculty for the new program at the University of Ghana. The Columbia communications sciences and disorders program has worked in the region for seven years and has been active in establishing the university program. Today, Crowley said she is helping develop the curriculum, secure funding and get faculty tools they need to teach.  She expects to invite Owens to come for four to six weeks to train faculty in early childhood language development.

And while elated by the prospect of taking part, Owens noted that his involvement isn’t the big news.

“I think the bigger story is the fact that they are setting up the program,” Owens said. “It shows that they have largely moved on from basic priorities such as food and housing and can look at other things that are also important.”